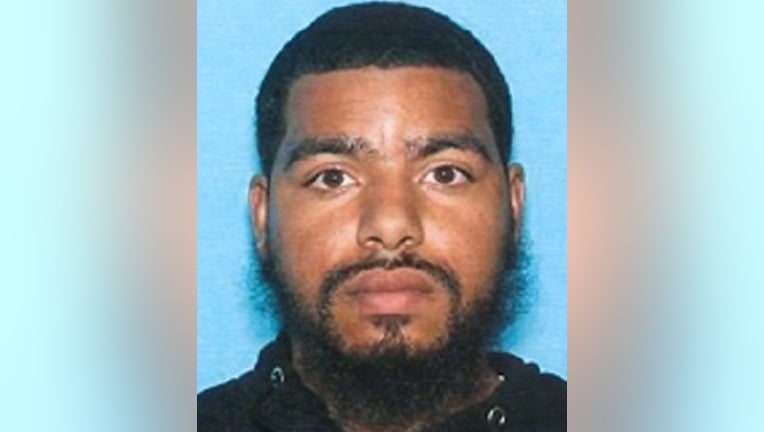 DARBY, Pa. - A man wanted for allegedly firing a gun inside a Walmart during an argument with a store employee over a video game has surrendered to police, authorities tell FOX 29's Chris O'Connell.

Police identified Devante Dixon as a person of interest following the incident Sunday morning on the 400 block of Main Street in Darby borough. Officers say a single shot was fired in the store around 8:30 a.m. during an argument over a video game sale. 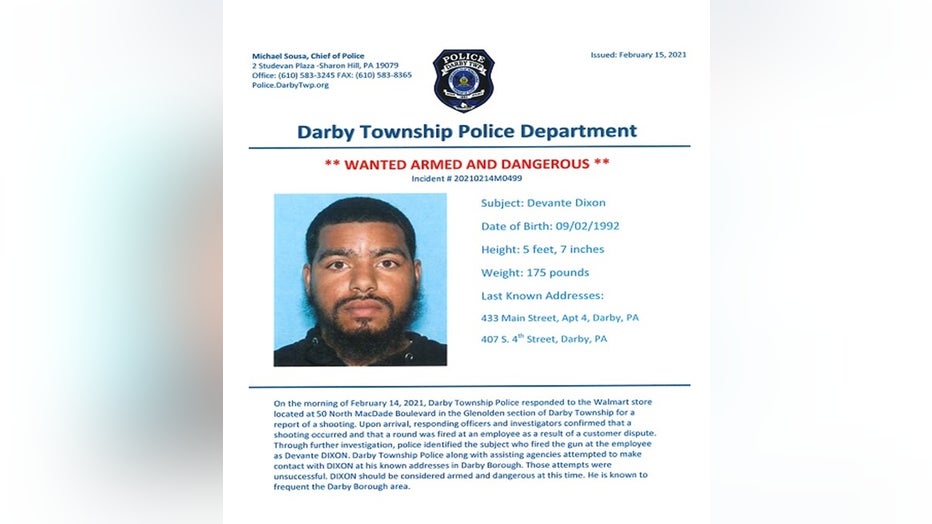 An investigation lead authorities to an apartment in Darby where an hours-long standoff ensued. Agents cleared nearby residents and used flash-bang grenades to force the suspect out.

Officials say all efforts were made to contact the suspect, but it was eventually determined the suspect was not at the apartment. Police cleared the scene around 5 p.m.