Wolf: Hand-deliver your mail-in ballot to election office or dropbox

Gov. Tom Wolf says that is his recommendation to Pennsylvanians who requested mail-in ballots for peace of mind their votes will be counted, and he is also reminding folks to use the secrecy envelope.

HARRISBURG, Pa. - A week ahead of the Nov. 3 election, applications in Pennsylvania for mail-in or absentee ballots have exceeded 3 million and state officials are urging voters to hand-deliver their filled-in ballots as soon as possible.

Tuesday is the last day to request a mail-in or absentee ballot in the Keystone State.

During a press conference Tuesday morning, Gov. Tom Wolf was among state officials encouraging voters who still had their mail-in ballots in their possession to immediately return them to their county election office or other officially designated site, including drop boxes.

“If you haven't already, voters with mail-in ballots should immediately hand-deliver your ballot to your county-designated location,” said Gov. Wolf. “Don’t wait until election day. Hand-delivering your own ballot now will give you the peace of mind that your vote will be counted, and your voice will be heard in this historic election.”

If you have received your ballot and have decided you would prefer to vote in person, those individuals must bring their entire mail-in ballot packet with them to be voided, including both envelopes. 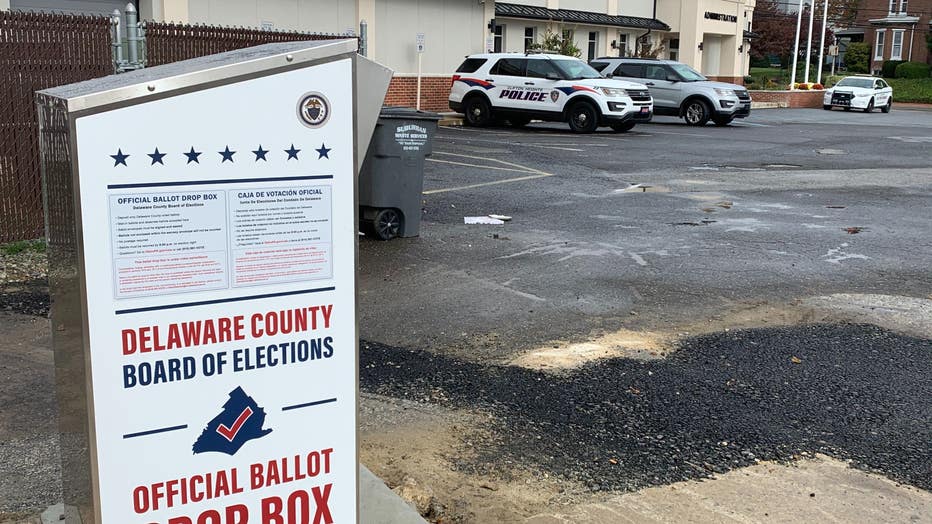 State data shows that, of those 3 million applications, more than 57% have been returned to counties. More than 9 million Pennsylvanians have registered to vote, a record high.

If turnout is 70%, which was the rate in 2016′s presidential election in Pennsylvania, that means 6.3 million people will vote.

The majority of people, 1.9 million, applying for mail-in or absentee ballots are Democrats, according to state data. About 760,000 are Republicans and 350,000 are registered independents or third-party voters.