2 charged in shooting death of Philadelphia 14-year-old, 3 others sought

Police say two people are facing charges in connection with the shooting that killed Samir Jefferson, 14, on Monday afternoon in Philadelphia's Feltonville neighborhood.

PHILADELPHIA - Friends and family gathered Thursday night to remember a 14-year-old boy who was shot and killed in Philadelphia's Feltonville neighborhood on Monday afternoon. Meanwhile, police are still looking into why a group of adults allegedly chased Samir Jefferson and shot him 18 times as he waited for the bus in broad daylight.

So far, authorities have charged 20-year-old Qadir Johnson and 21-year-old Kyair Garnett in connection with Jefferson’s murder. Police say they are still looking for three additional people in what they described as the execution of a teenage boy.

"Unless one of the individuals responsible for that shooting is going to tell us why in the world three twenty-something-year-old individuals would track down and shoot an unarmed and defenseless 14-year-old, we have no specific direction at this point," Deputy Commissioner Ben Naish said of their investigation into a motive.

Deputy Commissioner Naish added that investigators were exploring all options, including social media and a possible fight at Thomas A. Edison High School - where Jefferson was a freshman.

Samir’s mother, Desiree Goodson, tells FOX 29’s Kelly Rule that Samir had sent a recording of a fight to someone on Instagram shortly before he was shot and killed.

"They got all these different people that shoot a 14-year-old kid," Goodson said. "All my son did was play ball, listen to music, and joke. That’s all he did."

"I still don’t believe don’t believe how somebody could do that to a kid who has his whole life ahead of him," Charles Jefferson explained. 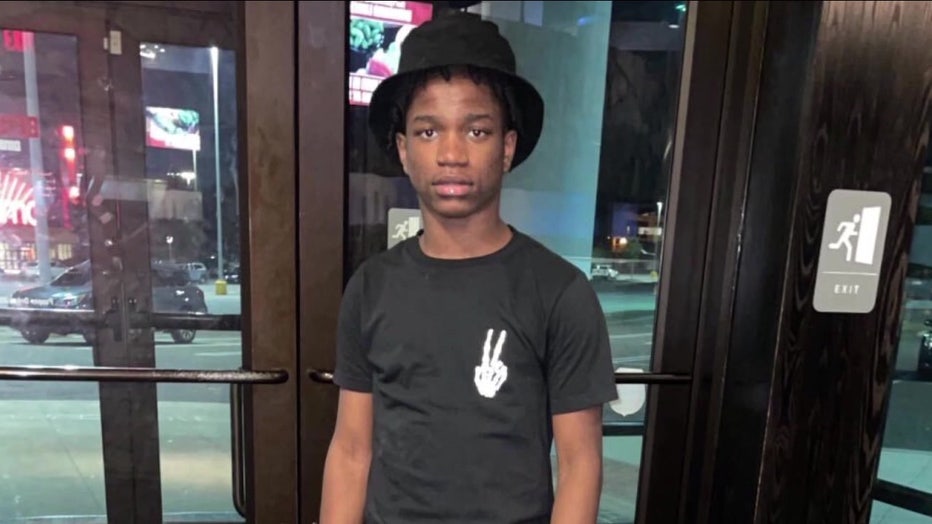 Samir Jefferson, 14, was waiting for a bus when police say multiple suspects got out of a car, chased him, and shot him more than a dozen times. (Photo provided by family)

"They took my son and there’s no way y’all can get him back. I don’t care if you lock all five of them up," Goodson added.

Goodson says she is now focused on burying her youngest son, who is one of six. She is trying to come up with the finances to do so. Goodson started a GoFundMe page and says some groups have offered to help, but she wants the funeral to happen as soon as possible.