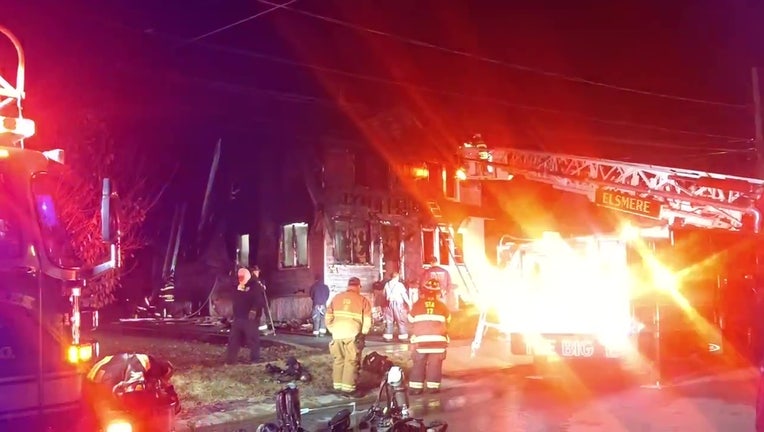 Man critical after fire in Wilmington.

WILMINGTON, Del. - A 49-year-old man has died after firefighters pulled him from a fire that engulfed a home in Wilmington Sunday morning.

Emergency crews arrived to find flames shooting from a two-story apartment building on the 300 block of Mary Street around 2 a.m.

The man was trapped on the first floor, and rescued by firefighters and police officers. He was transported to a local hospital in critical condition with burns to 60 percent of his body and smoke inhalation.

He succumbed to his injuries, and was pronounced dead Tuesday morning.

Two other occupants were inside as the fire erupted, but officials say they escaped unharmed.

The cause of the fire is under investigation as damage is estimated at $200,000.