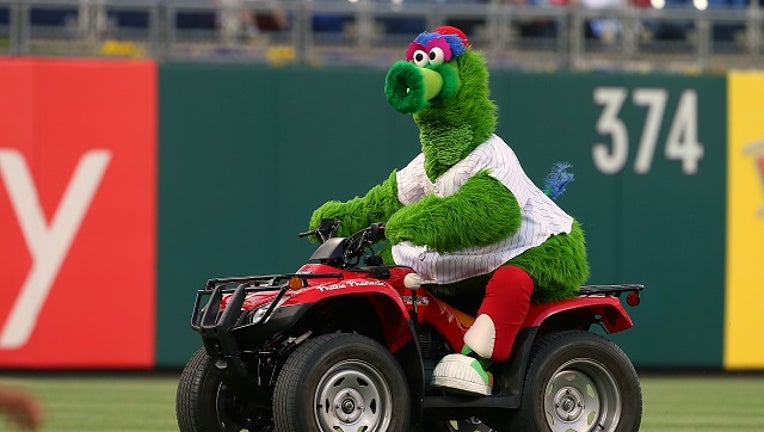 PHILADELPHIA - The original Phillie Phanatic will be making a return to Citizens Bank Park after the organization came to an agreement that will keep him in red pinstripes for years to come, the club announced Tuesday.

"We welcome the original Phillie Phanatic back with open arms," said Phillies Executive Vice President David Buck. "We are so proud of the 44-year history of the Phanatic and what the character means to the organization, to the City of Philadelphia and to Phillies fans everywhere. Our goal throughout this process was to come to an amicable solution that
guaranteed the Phanatic could continue to entertain future generations of fans."

Bonnie Erickson and Wayde Harrison, who co-created the original Phanatic costume in 1978, announced their plans in 2018 to seek the rights to the mascot. The Phillies purchased the copyright from them in 1984. Under federal law, the artists can renegotiate their rights after 35 years.