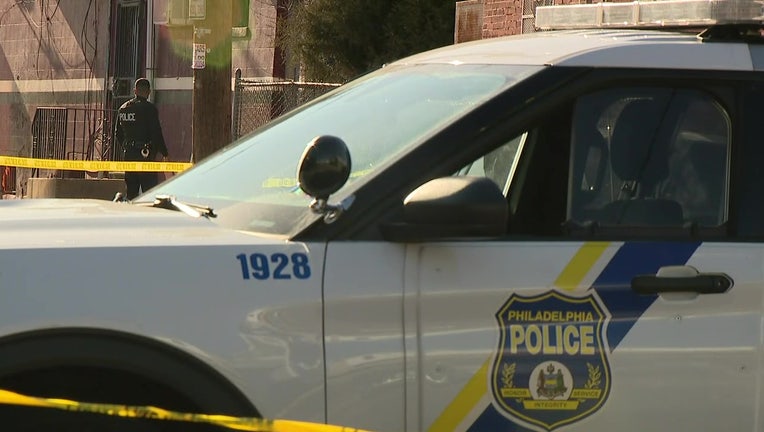 Police say a 17-year-old was wounded in a shootout Tuesday evening.

PHILADELPHIA - A teenager is recovering from gunshot wounds after police say a fight escalated to a street shooting Tuesday afternoon in West Philadelphia.

Officers from the Philadelphia Police Department were called to the intersection of Media and Frazier streets around 4:30 p.m. for reports of shots fired.

Police Commissioner Scott Small told reporters that a 17-year-old boy was found lying on the sidewalk with two gunshot wounds to his lower back. Police drove the teen to Penn Presbyterian Hospital where he was placed in stable condition, Small said.

Investigators believe a fight between three or four young men erupted into a shooting during which at least 28 shots were fired from two separate caliber weapons.

Small believes the 17-year-old who was injured in the shootout was one of the gunmen. The teen is being held at the hospital as a person of interest, Small said.

At least one nearby parked van was hit by stray gunfire, but no other injuries or property damage was reported.