Mourners gathered Monday for funeral services for nine children and three adults who died in a Philadelphia fire five days into the new year, the deadliest blaze in the city in more than a century.

PHILADELPHIA - Mourners gathered Monday for funeral services for nine children and three adults who died in a Philadelphia fire five days into the new year, the deadliest blaze in the city in more than a century.

A funeral procession on the rain-soaked streets of the city Monday morning was followed by services at Temple University's Liacouras Center, to which members of the community were invited and asked to wear white.

Those in attendance at the three-hour service listened to Bible readings, official proclamations and music. Relatives spoke about their loss and their memories of their loved ones from two microphones behind tables bearing caskets amid white flowers and large pictures of the victims. 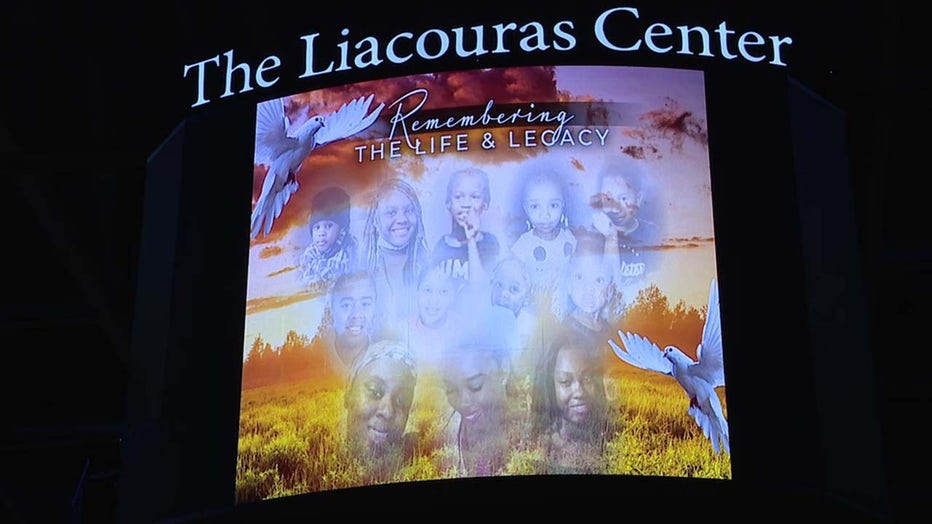 Family and members of the community remembered the 12 lives lost in this month's fire in Fairmount.

"None of us know what to do with a funeral with 12 people," said the Reverend Dr. Alyn Waller of the Enon Tabernacle Baptist Church. "We're in a space of grief and pain we wish on no one else."

One speaker, an aunt of the children, tearfully said she believed there was "a family reunion in heaven."

Philadelphia Fire Commissioner Adam Thiel on Tuesday said a Christmas tree ignited by a lighter is believed to have started the Wednesday morning fire that torched a Philadelphia Housing Authority-owned rowhome on North 23rd Street.

"We believe with certainty - so 99 to 100% confidence - that the first item ignited in this blaze was a Christmas tree," Thiel said. "We believe with near certainty, based on the evidence, the ignition source for this tree was a lighter that was located nearby."

Earlier in the week, a warrant revealed that authorities were investigating if a 5-year-old child playing with a lighter ignited the deadly blaze. Thiel did not confirm the theory, but he said that a 5-year-old was the only person on the second floor where the tree and the lighter were located at the time of the fire.

Thiel said investigators found seven nonfunctioning smoke alarms in the unit where the deadly fire occurred. Three of the alarms were in a kitchen drawer, another was found in a bedroom drawer.

At least two people were hospitalized, and some others managed to escape from the building, officials said. It's believed that 26 people were staying in the two apartments.