The mugshot of Philadelphia Police Staff Inspector Joseph Bologna has been released after he was charged following video of him striking a student protester in the head with a metal baton, authorities say.

PHILADELPHIA -  A Philadelphia police staff inspector faces aggravated and simple assault charges after video surfaced of him striking a student protester in the head with a metal baton, authorities say.

Police Staff Inspector Joseph Bologna, 54, also has been charged with reckless endangerment and possession of an instrument of crime.

Philadelphia Police Commissioner Danielle Outlaw has suspended Bologna for 30 days with intent to dismiss at the conclusion of the 30 days. 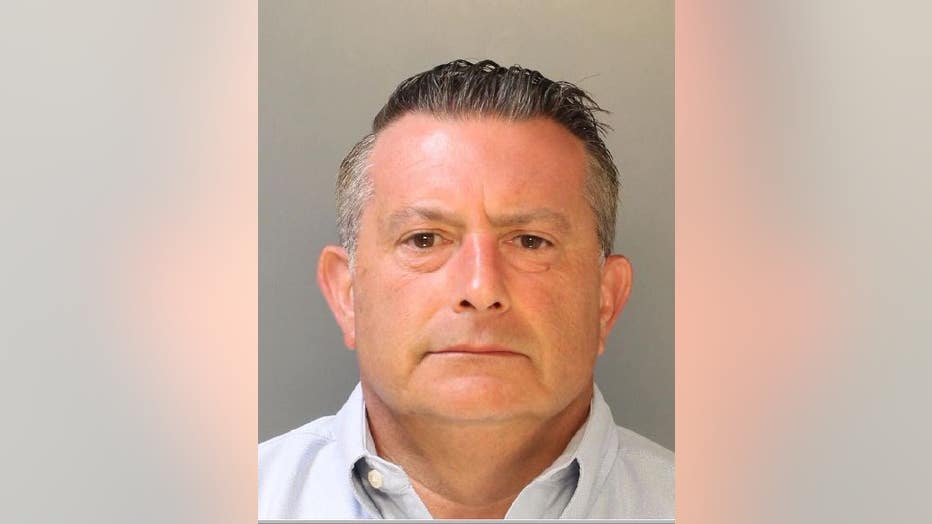 Footage captured Bologna using a baton to hit a Temple University student in the head during peaceful protests advocating for the end of police brutality.

The new charges brought against Bologna include the felony aggravated assault charge.

Staff inspector formally charged with felony assault charge, to turn self in at police HQ

FOX 29's Steve Keeley has the details outside the FOP police headquarters in Northeast Philadelphia.

A lawyer for the student told FOX 29 that his client required ten sutures to close the wound that he reportedly received during the incident with Bologna.

In response to a Change.org petition demanding that Temple University revoke its ties to the Philadelphia Police Department after the incident, the school released a statement declaring that it would not do so.

The petition, titled "Demand Justice from Temple University #DefundthePolice", denounces the use of force by the Philadelphia Police Department and advocates for better use of funding.

In part, the petition reads:

"Temple University claims that "racism within our community is not tolerated," but they are willing to fund the very institution that suppresses the message of #BlackLivesMatter in our city. It is well known that Temple has been actively gentrifying North Philadelphia for decades, and has expanded its police surveillance beyond campus through its ties with Philadelphia Police."

Commissioner Danielle Outlaw recently addressed the actions captured on camera of Staff Inspector Joseph Bologna Jr. swinging his baton at protesters on June 1 is the subject of an Internal Affairs investigation.

Bologna, a commander in the patrol bureau, is also seen in video moving aggressively toward FOX 29 reporter Chris O’Connell on Sunday. Outlaw says Bologna has been removed from his assignment at this time.

Inspector Bologna surrenders after being charged with striking protester

Staff Inspector Joe Bologna turned himself in Monday morning in front of a crowd of supporters.