Earnest Scott Jr. knows what it's like to clean up after a flood. A longtime homeowner in Philadelphia's Eastwick neighborhood, he experienced Hurricane Floyd and some other flooding events over the years. But he never saw water move in as quickly as it did Tuesday with Tropical Storm Isaias

"The water was coming over that guard rail like it was unbelievable," he told FOX 29. "It was gushing, hitting cars, that gray car started bobbing up and down."

Saturn Place and other neighboring streets looked like a giant lake as SKYFOX was overhead Tuesday. 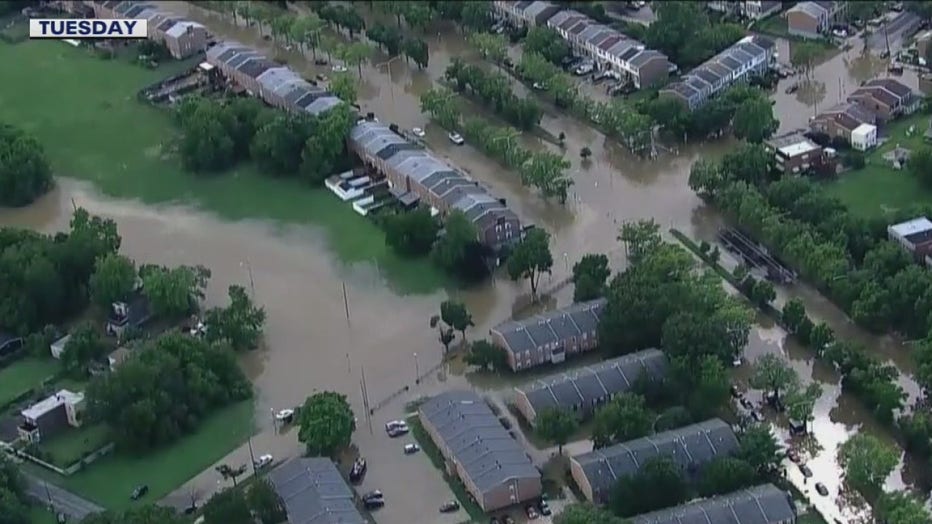 "Suddenly, I see the water gushing and it was unstoppable," Khalid Mokbel said.

The city's Office of Emergency Management set up shop at Penrose Elementary School Thursday, walking distance to most of the damage to give neighbors guidance and access to services Thursday. All morning it had a line, while leaders with community churches like Eastwick United donated food and cleaning supplies.

"We have people who have been displaced and have nowhere to go," Carolyn Moseley said.

Street sweeping and sanitation trucks also made the rounds Thursday.

One family says they had to throw away just about everything from their bottom floor mostly belonging to their kids.

The neighborhood sits behind Darby Creek and the field in between, which was once the Clearview Landfill, a superfund site the EPA is currently in the process of cleaning up.

Neighbors worry there isn't enough of a barrier there to protect them.

"We were out here looking and you could just see the whole thing moving. It looked like it was just one big lake," Scott said.