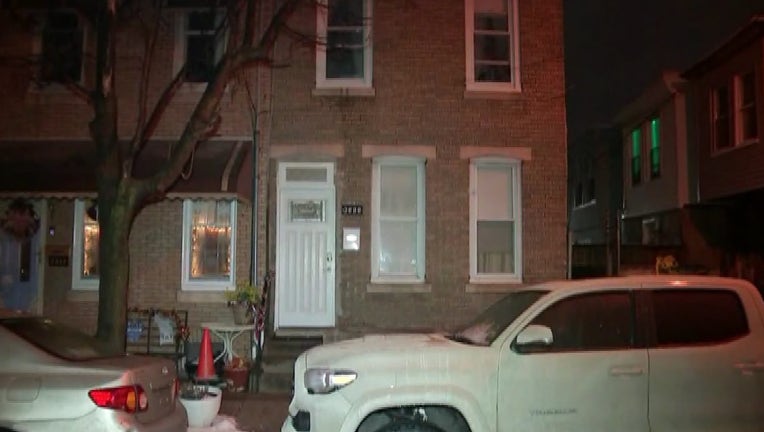 PHILADELPHIA - A man has been hospitalized after police say he was shot during an incident at an Airbnb in the Point Breeze section of the city.

The incident happened at approximately 10:40 p.m. Monday on the 2000 block of Titan Street.

Police say a wounded man flagged down police officers and told officers he was shot while inside an Airbnb. The 25-year-old male was shot once in the left side of the head. He was taken to Penn Presbyterian Medical Center and is currently listed in stable condition.

There are several witnesses, one of which was inside the home with the victim and stated that someone fired multiple shots in the front of the house.

Detectives found a trail of blood that makes it appear as though the victim ran out the rear of the property, jumped over a back fence, and went to the 17th District parking lot and flagged down the officer.

Officers found seven spent shell casings on the block in front of the house.

A witness told police that a red vehicle, that appeared to be a Dodge Ram, sped from the scene after the shooting. Police put that description out.

Several blocks away, police officers saw a vehicle matching the description, and a pursuit ensued. Police say the fleeing vehicle struck a number of other vehicles including a police patrol wagon at 25th and Rittner streets and two unattended vehicles on the 2700 block of South Daly Street.

Authorities say four men attempted to flee the scene after the crash, but officers were able to apprehend all of them. Three of the men were in their 20s, and the fourth was 15-years-old.

Police recovered a handgun from the vehicle. The investigation is ongoing.