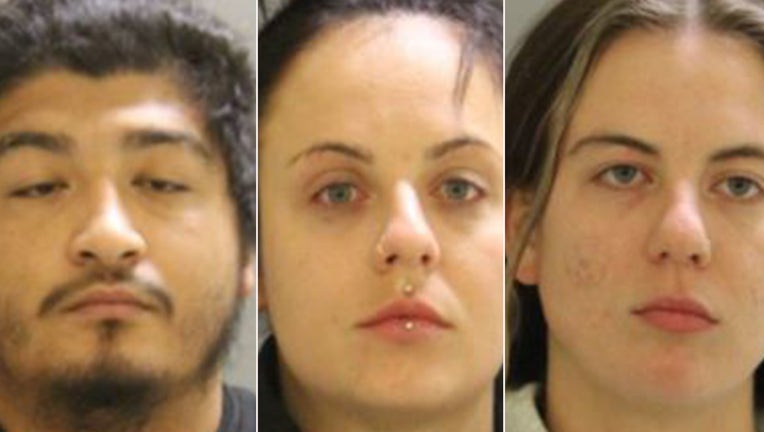 WILMINGTON, Del. - An attempted break-in turned violent kidnappings has resulted in the arrest of two women and one man in Wilmington, authorities announced Monday.

Michael Pennacchiotti, 21, Shaun McCollum, 31. and Callie McCollum, 25, are charged with kidnapping and assault in connection to an incident on Bardell Drive last month.

Police say a 22-year-old man was forced into a vehicle after the three suspects tried to burglarize his home.

The victim told police he heard banging at his front and back door. When he checked the back door, police say the male suspect grabbed him and pushed him to the ground.

Both the male suspect and a female suspect then assaulted him, and struck him with a stun gun, according to police.

The victim was eventually released by the suspects, and returned home with injuries to his face and body. He was treated at a local hospital.

All three suspects were identified through surveillance footage and arrested over the course of the month. Shaun and Callie McCollum have since been released after posting bail.