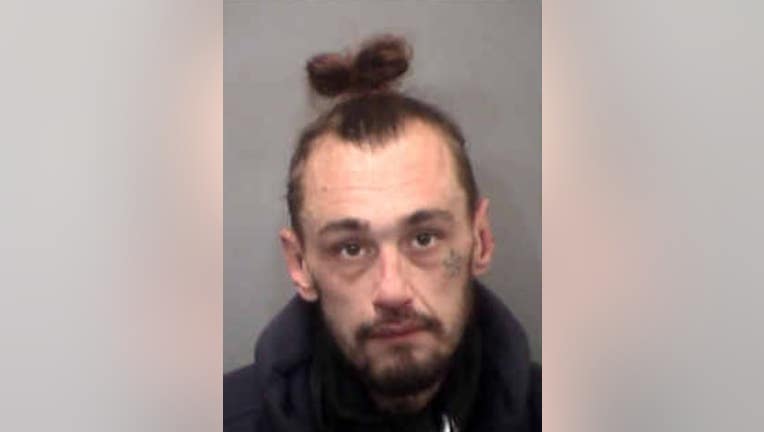 BURLINGTON COUNTY, N.J. - A man wanted in Pennsylvania is now in custody thanks to a shoe theft investigation in New Jersey last week.

Police say Jonathon A. Wheeler, 36, was caught on surveillance video stealing a pair of shoes from a porch on Carroll Street in Riverside, New Jersey.

Wheeler was stopped by an officer days later when he was seen wearing the stolen shoes on a NJ Light Rail platform. Police say he lied about his identity.

It was eventually found that the suspect had several warrants out for his arrest, including an "out of state wanted person hit in Pennsylvania for forgery."

He was taken into custody when police say he became combative and threatened officers, kicking one in the chest while being transported to the Burlington County Correctional Facility.

He is charged with aggravated assault on police, fugitive from justice, theft, obstructing the administration of law and related offenses.