Authorities say five people were shot Wednesday night in North Philadelphia, just blocks away from Temple University's campus. Among the victims, police say a 28-year-old man was shot over a dozen times and a 20-year-old woman was hit at least seven times.

Officers from the Philadelphia Police Department were called to the 1500 block of North Bouvier Street around 7:30 p.m. for reports of a shooting.

A 28-year-old man, who police say was shot over a dozen times, was driven to Temple University Hospital by private vehicle and placed in "extremely critical condition." 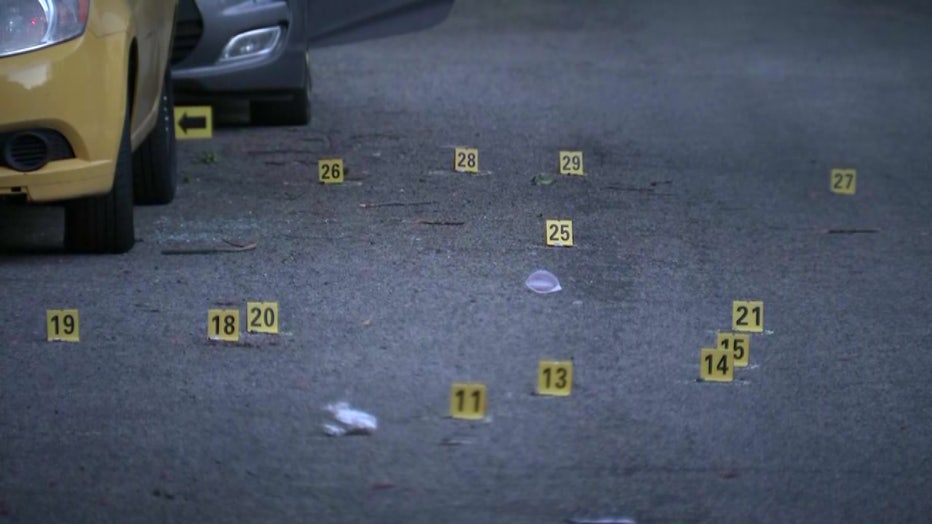 Evidence markets scattered on the road after police say five people were shot in North Philadelphia.

Police say two other victims, a 20-year-old woman and a 59-year-old man, were taken to the hospital by police in critical condition.

Two people were taken into custody, but Walker would not speculate on their possible connection to the shooting.

Investigators were still counting spent shell casings at the scene about an hour after the shooting.

"Here we go with multiple shots fired on a beautiful day in Philadelphia which is unacceptable," Walker said. "We should not tolerate this in communities."

Philadelphia police are investigating a number of violence incidents Thursday morning after a shooting injured five people near Temple University and two people were found dead in Kensington.