FOX 29's Bruce Gordon has more after Philadelphia police announced the arrest of a man who allegedly tried to abduct multiple women in North Philadelphia.

PHILADELPHIA - Philadelphia police have made an arrest in connection with a series of attempted abductions that occurred over the weekend.

The suspect has been identified as Shaun Lloyd, 36, of the 1500 block of Swain Street. He's been charged with at least three counts of attempted kidnapping with a fourth charge still pending.

Police say Lloyd has a criminal record, but to this point had not committed a crime of this nature.

The alleged incidents were caught on tape around 10 a.m. on the 800 block of North 15th Street. 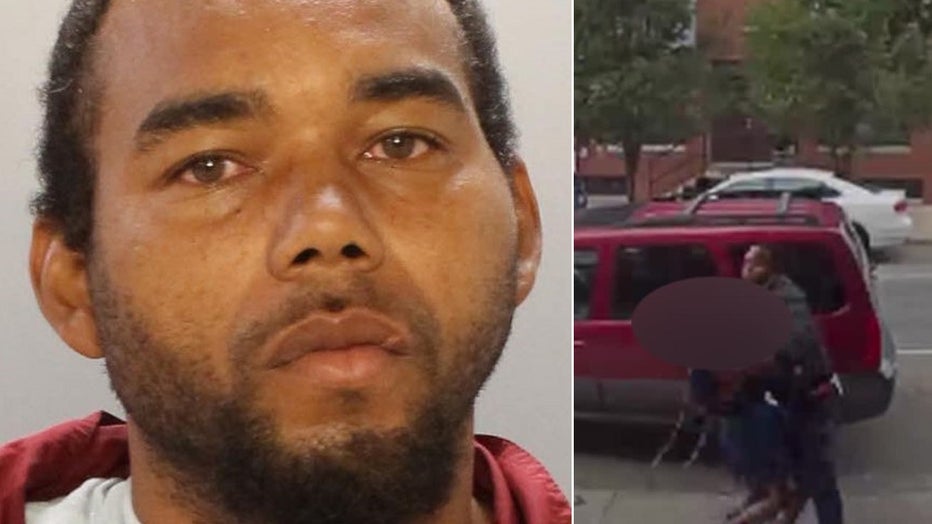 In the first incident, the victim screamed and was able to break free and flee the scene as the man is seen walking casually in the opposite direction. In the other two incidents, both women fought the man off and were able to get away, too.

Wednesday, a fourth woman came forward and told FOX 29 she was also approached by the suspect that morning.

Police would still like to talk to the victims and a Good Samaritan who was spotted on video helping one of them.