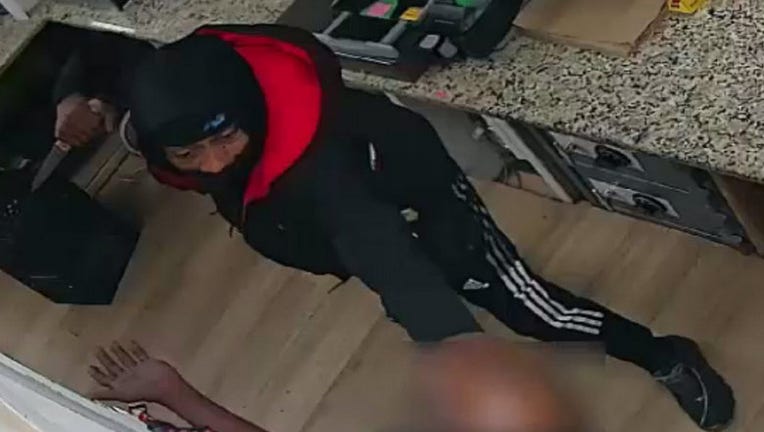 PHILADELPHIA - Philadelphia police are asking for the public's help to identify a man they say pulled a knife on a gas station clerk this weekend.

The armed robbery unfolded when the suspect asked a 59-year-old clerk for help with a coffee machine at the Girard Gas Station on the 1100 block of Susquehanna Avenue Sunday night.

Police say that is when the suspect took out a knife and demanded money from the cash register.

The clerk fought back, grabbing the knife and slicing two fingers on his right hand. The extent of his injuries is not known.

He then opened the register, allowing the suspect to grab an unknown amount of cash and his cell phone.

The suspect fled the scene on foot. He can be seen in surveillance footage wearing a black coat with a red hood.