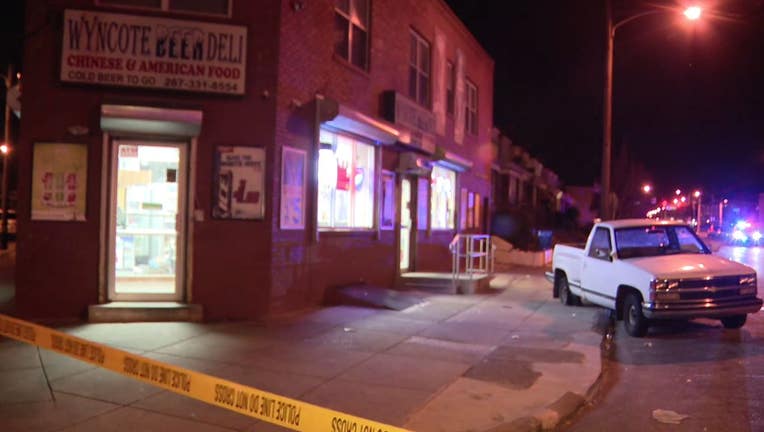 EAST GERMANTOWN - Police are investigating after a gunman allegedly opened fire on a man and his dogs in East Germantown overnight.

The incident occurred just before 12 a.m. Sunday on the 6500 block of East Wister Street.

A 34-year-old man was walking his two dogs when the suspect approached and fired at least nine shots, according to police, striking the victim and one of the dogs.

Responding officers found the victim outside Wyncote Beer Deli on the 2100 block of West 65th Avenue, about a half-block away from the scene of the shooting.

The victim suffered four gunshot wounds. He was hospitalized in critical but stable condition. The condition of his dog is unknown at this time.