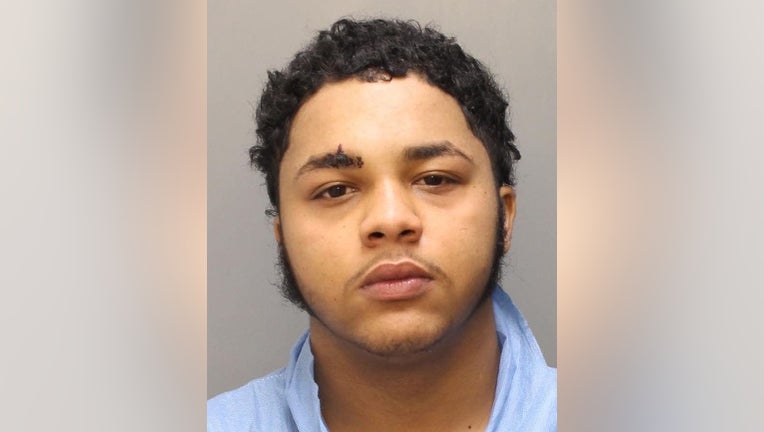 PORT RICHMOND - A police pursuit in Philadelphia's Port Richmond neighborhood came to an end when a fleeing driver fatally struck a pedestrian, and collided with several other vehicles Sunday night.

Police say four suspects were fleeing from officers in a stolen Cadillac Escalade when they crashed into the rear of another vehicle, forcing both to spin out at Aramingo and Castor avenues around 9 p.m. Saturday.

A 38-year-old man in a wheelchair panhandling on Castor Avenue was then hit by the Escalade. He was transported to Temple University Hospital, where he later succumbed to his severe injuries.

Another vehicle, with a 27-year-old woman and 11-year-old girl inside, was also hit by the Escalade. The child was transported to St. Christopher's Hospital for Children to be treated for minor injuries.

Police say all four suspects were chased on foot by police and one was taken into custody.

Monday afternoon, police identified the apprehended suspect as 19-year-old Efrain Rosario. He was charged with multiple weapons-related offenses after police say several firearms were found inside the stolen car.

No other arrests have been reported as police continue to investigate.