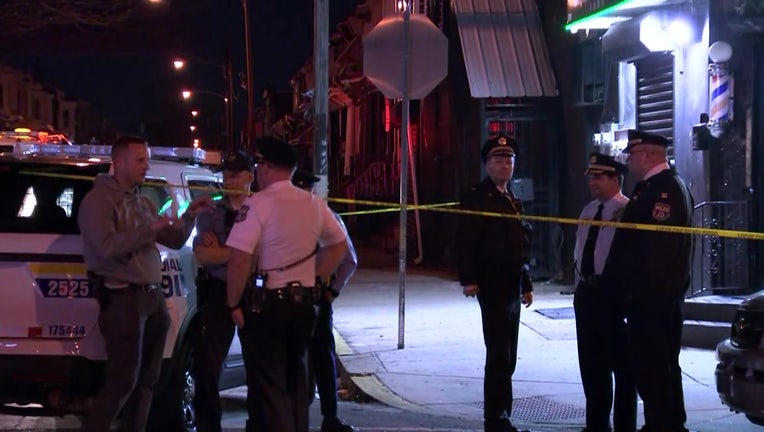 PHILADELPHIA - Authorities say a Philadelphia man who was shot and killed during a street fight was pickpocketed by two people who walked by shortly after the deadly shooting.

Officer from the Philadelphia Police Department were called to the 700 block of Luzerne Street around 6:30 p.m. Tuesday for reports of gunshots.

Chief Inspector Scott Small told reporters that a 38-year-old man was near the corner of 8th and Luzerne when he got into a fight with another man. During the fight a third person pulled a gun from his waistband and shot the victim several times, according to police.

According to investigators at least eight shots were fired during the shooting, three hit the victim in the chest. The men got into a dark-colored Dodge Charger and fled the scene, Small said.

Shortly after the shooting, Small said a man and woman who were walking by pickpocketed the gravely wounded victim. The man took a gun that was still clutched in the victim's hand and handed it to the woman, who concealed it. The man then went through his pockets and appeared to take items.

"Then that same male reaches into the victim's pockets and appears to be taking items from the victim's pockets," Small said. "Which is very, very brazen, very unusual for someone to be stealing not only a gun - but also going through the pockets of a person who is laying on the sidewalk dying."

Small said investigators believe they have already identified the woman by using nearby surveillance cameras that captured the entire deadly shooting.

Officers from the Philadelphia Police Department soon arrived on scene and rushed the man to Temple University Hospital where he died.

Small said the man's last known address is one block away from where he was killed.