Philadelphia police have released new images of a suspect who is wanted in connection with an attempted abduction of a child in North Philadelphia earlier this month.

NORTH PHILADELPHIA - Authorities released new surveillance video on Wednesday of an attempted broad daylight abduction in North Philadelphia as a 2-year-old and his grandmother were walking to church.

According to police, the pair were walking hand-in-hand down the 2300 block of North 11th Street around noon on Oct. 17 when a man threw a bag at the woman and tried to pick up the child claiming that it was his son.

The child's grandmother managed to fend off the attacker by swinging her keys at him. She said he let go of the boy but he continued to follow and yell at them until they were inside the church.

"By the time I got into church my heart was going. I was a nervous wreck. I was crying," she told FOX 29's Kelly Rule.

Video shows the child walking hand-in-hand with his grandmom when the suspect approaches. The suspect then quickly attempts to grab the child but fails as the grandmom pulls the child away, according to police.

The suspect is described as a male with a dark complexion, in his mid 30’s, approximately 5 foot 11 inches, thin build and was wearing maroon sweatpants and a navy blue shirt. 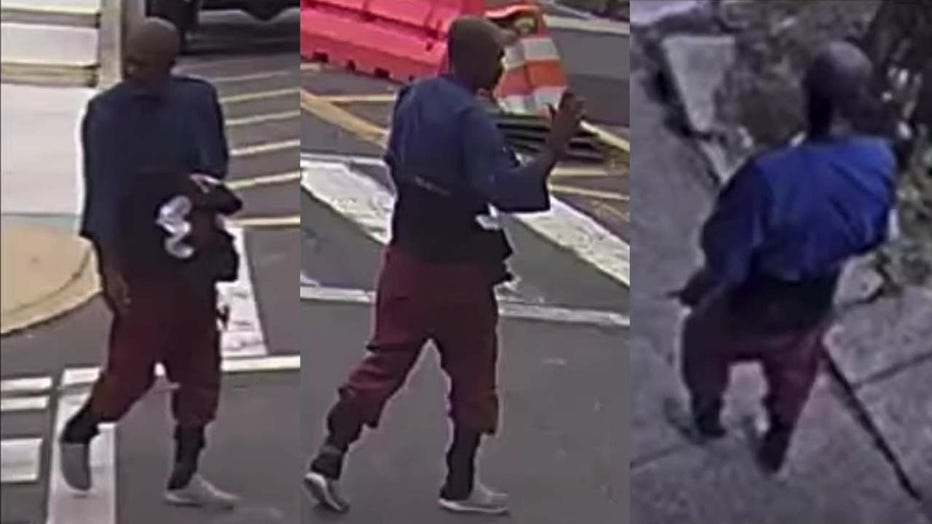 Police are searching for a man who attempted to abduct a 2-year-old boy who was walking to church with his grandmother.

He may have been wearing a back brace or light jacket tied around his waist at the time of the attack.

Anyone with information is asked to contact the Philadelphia Police Department.