This unique existential statistic comes from a poll conducted Jan. 28–31 by the University of Massachusetts at Lowell.

CONCORD, N.H. - In a new political poll regarding the upcoming New Hampshire primary, it appears that 64 percent of Democratic voters would rather see "a giant meteor strike the Earth, extinguishing all human life" than President Trump re-elected.

The unique existential statistic comes from a poll conducted Jan. 28–31 by the University of Massachusetts at Lowell and shows that nearly half of all independent voters also preferred the same calamitous fate.

Data for the poll was collected by YouGov, an online polling organization that gathered results from 400 participants based on factors such as gender and income. 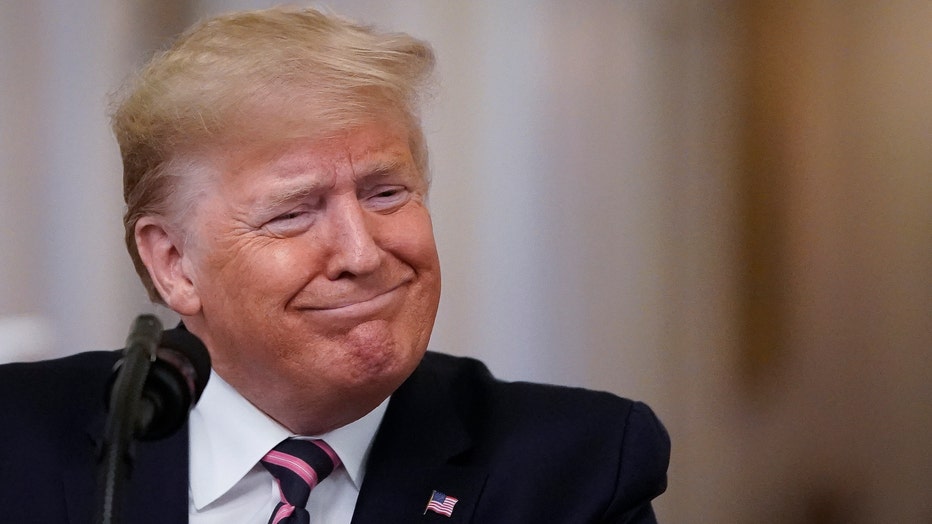 FILE -U.S. President Donald Trump arrives to speak to the media in the East Room of the White House one day after the U.S. Senate acquitted him on two articles of impeachment.

Financial circumstance seemed to also play a role in the participants’ preference of a fiery ball of death over four more years of President Trump. According to data from the poll, 69 percent of respondents making under $50,000 a year said they’d prefer a swift end for all life on Earth courtesy of a deadly space rock to the prospect of Trump's reelection.

Even some with conservative-leaning ideologies welcomed an execution from the abyss over Trump. Specifically, 28 percent of conservatives joined with the majority of liberal voters in being blown up by a meteor over voting for the current president.