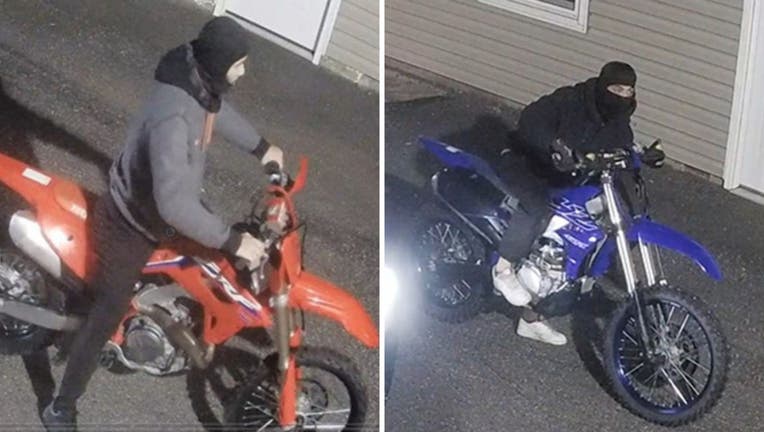 PHILADELPHIA - Pennsylvania State Police are investigating the thefts of vehicles and a rifle from various properties in Montgomery County.

According to the agency, State Police are investigating the thefts with the Upper Perkiomen Police Department.

Troopers say the incidents occurred during the overnight hours of January 13 into January 14.

On January 14 at 4:15 a.m., the suspects forced entry into a garage detached to the back of a residence on the 100 block of Main Street in East Greenville Borough, per police.

According to troopers, the motorcycles were driven to the 200 block of School Alley, where one was stashed in a parking lot before a white Ford E-150 cargo van was stolen from the 600 block of Main Street in Pennsburg Borough, roughly seven blocks away.

State Police say the other motorcycle was then put in the back of the stolen cargo van before it was driven to the 600 block of Gravel Pike in Upper Hanover Township.

There, the suspects forced their way into a truck parked at an apartment building and stole a rifle inside, authorities say.

Anyone with information on the burglaries is asked to contact Pennsylvania State Police at 610-584-1250.