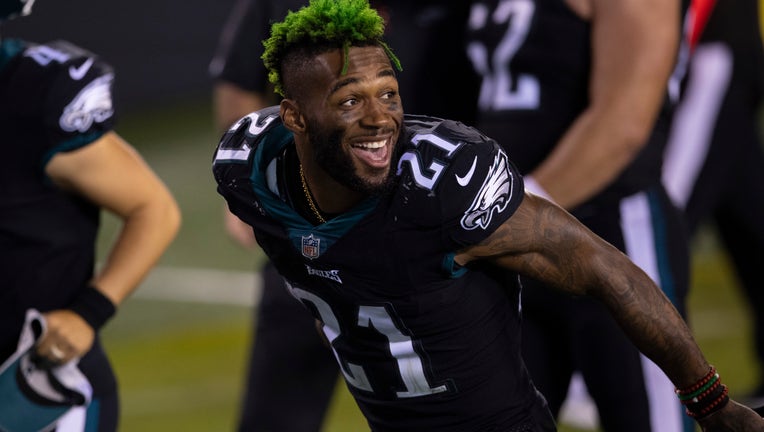 Jalen Mills #21 of the Philadelphia Eagles reacts after the game against the New York Giants at Lincoln Financial Field on October 22, 2020 in Philadelphia, Pennsylvania. (Photo by Mitchell Leff/Getty Images)

PHILADELPHIA - Former Philadelphia Eagles defensive back Jalen Mills will reportedly be moving on to the New England Patriots next season.

ESPN's Adam Schefter reports the cornerback-turned-safety has agreed to a four-year deal with the Patriots.

Mills, 26, spent the first five seasons of his career in the Eagles defensive backfield, starting 49 of 63 regular-season games at various positions in that time. He was a 7th round draft pick in the 2016 NFL draft out of Lousiana State University.

After spending his first four years with the Eagles as a cornerback, Mills made the move to strong safety last offseason following the departure of Malcolm Jenkins.

Due to injuries, Mill was forced to play numerous positions during the 2020 season, showcasing his versatility.

Mills will be remembered by Eagles fans for his contributions in bringing home the first Super Bowl victory in franchise history after defeating the Patriots in Super Bowl LII. He will also be remembered for his green hair.