A teen in Upper Dublin is being credited with saving his mother after he got her out of her bedroom, moments before a tree came crashing through the roof, collapsing part of the second floor.

UPPER DUBLIN, Pa. - A Montgomery County mother is lucky to be alive after her son’s quick actions saved her from potentially being crushed by a fallen tree as remnants of Ida brought rain, flooding, and tornadoes to the area Wednesday.

FOX 29 crews surveyed the damage in Upper Dublin Thursday morning, where some homes were in good shape and others were surrounded and even hit by downed trees.

The Brooker family tells FOX 29 that Brad and his son Ben were heading for the basement, when Ben turned around to get his mother, Lisa out of her bedroom.

The family made their way downstairs and into the basement as a large tree crashed through the roof of the upstairs bedroom, collapsing part of the room down into the first floor. 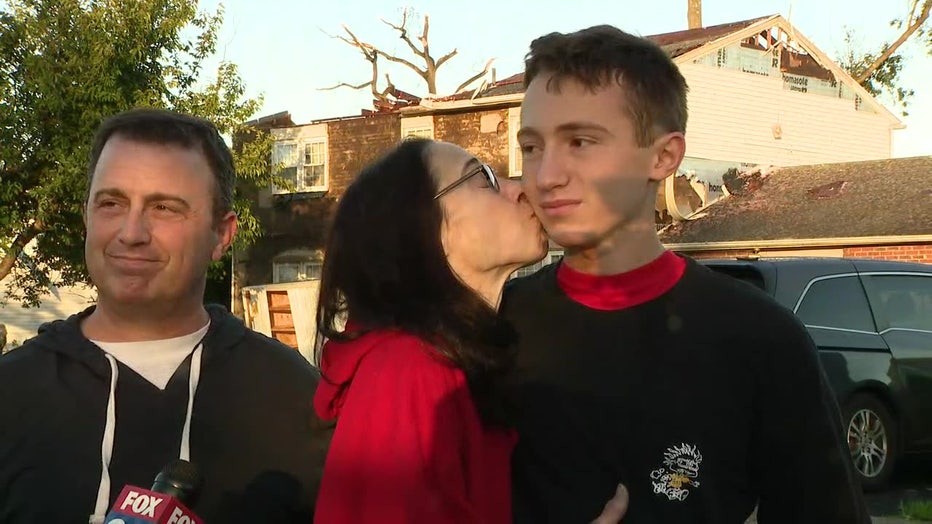 "I heard my son Ben yelling ‘mommy, mommy come in the basement’" Lisa recalled. "I wasn’t really thinking to run down there at first."

"It was just a scary experience. Everything was flying around outside," Ben recalled.

NWS crews were heading to parts of Bucks and Chester counties on Thursday to determine if any other tornadoes had touched down in the area.