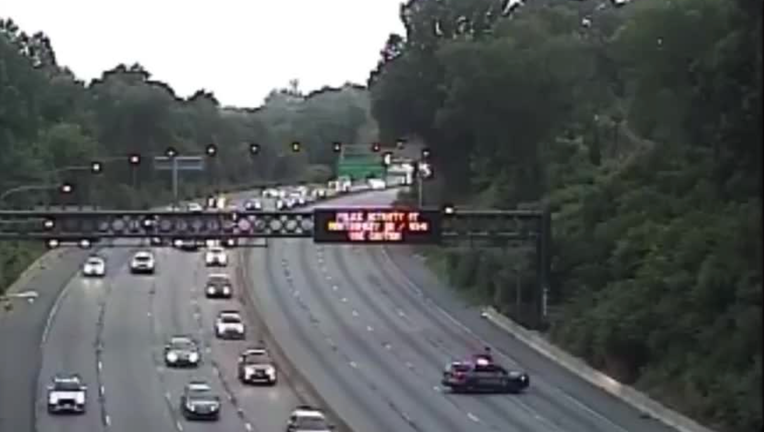 PHILADELPHIA - A stretch of the Schuylkill Expressway closed Wednesday evening as authorities investigated a shooting on the busy highway.

PennDOT said a white Toyota Prius came under fire on the eastbound side of the highway around 7 p.m.

No one was hit and no injuries were reported, according to the transportation authority.

Traffic cameras captured the Prius pulled over with a Pennsylvania State Trooper parked close by.

The eastbound side of the Schuylkill Expressway between the Lincoln/Kelly Drive exit and Girard Avenue was closed for over two hours.