PHILADELPHIA - Authorities have arrested a man accused of opening fire on a Philadelphia bar after being kicked out, killing a young woman who was inside the building.

U.S. Marshals on Wednesday arrested Anthony Nelson for the shooting death of 21-year-old Jailene Holton on June 28th at Philly Bar and Restaurant.

Authorities say Nelson, a Philadelphia resident, was taken into custody in Atlantic City and is facing several charges, including murder.

Investigators believe Nelson was among a group of men who argued with a bouncer after being told they could not use a pool table because a league was playing. 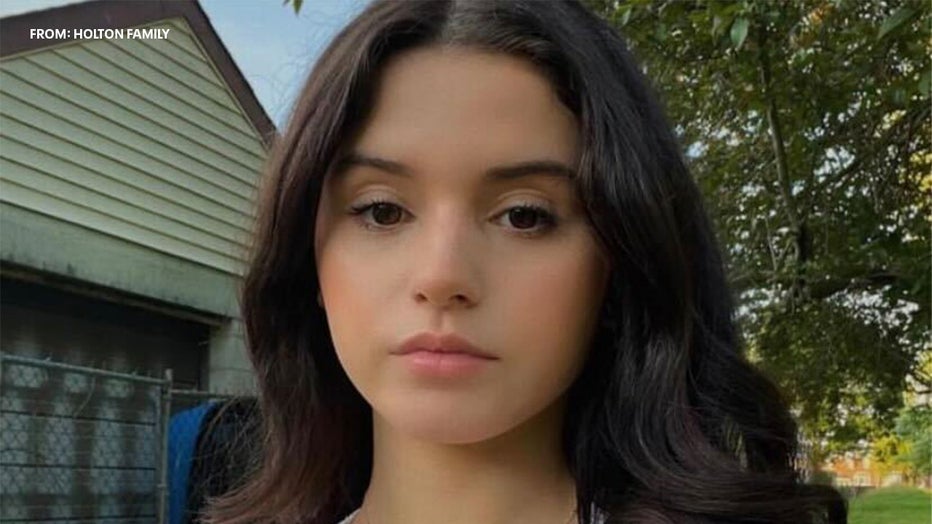 Jailene Holton, 21, was shot and killed in Northeast Philadelphia when a man opened fire on a bar he was kicked out of, police say.  (Holton Family)

Philadelphia Police Inspector Scott Small told reporters at the scene that when the group was kicked out of the bar one of the men retrieved a gun from a vehicle.

More than a dozen shots were fired at the front of the bar from less than 200 feet away, according to investigators.

Holton was struck in the head during the barrage of bullets and later died at Jefferson-Torresdale Hospital, police said.

A second victim was also injured by broken glass and treated at the hospital.

The uncle of Jailene Holton, who was fatally shot while with friends at a bar in Northeast Philadelphia, speaks with FOX 29's Steve Keeley.

Family members say Holton was the designated driver the night of the shooting and only planned on being at the bar for 20 minutes.

"When are people going to get fed up with this reckless shooting in the city?" Holton's uncle said. "Everybody's running around like it's the wild west out here."