Police sources say the suspected shooter went to the 9th floor of Jefferson Hospital, past at least 50 people wearing scrubs and a mask while carrying a bag full of guns. He walked up to James, stood over him and started firing, according to sources.

PHILADELPHIA - Police sources tell FOX 29 the suspected shooter who killed a nurse assistant at Jefferson University Hospital targeted his victim and they may have been friends.

A source who watched surveillance video of the attack says the gunman wearing scrubs and a mask who also worked at the hospital, walked past more than 50 people with a bag filled with guns to the 9th floor just after midnight. He then walked over, stood above his coworker, and started firing, according to the source.

The victim has been identified as 43-year-old Anrae James, a 20-year nurse assistant at Jefferson and father of three. He shot was six times and died at the scene. Police have not announced a motive but they do say the victim and suspect knew each other.

Law enforcement sources identified the shooter as 55-year-old Stacey Hayes, of Philadelphia. Hayes recently petitioned the courts to have firearms returned to him and court records show a judge ordered property returned to his possession back in June. It is not known why his firearms were originally removed from him.

The guns included  were a one silver and black Smith and Wesson pistol with 3 magazines and 39 rounds, a shot gun, and a panther AR-15 rifle. "I just want to be able to protect myself and my family if needed," Hayes reportedly said in explanation to get his firearms returned to him.

Philadelphia police were still guarding the Overbrook Park home thought to be connected to Hayes.

"We are looking for a male. Once again, he’s wearing scrubs. Color blue, he’s going to be wearing a mask," a dispatcher was heard announcing over police radio. 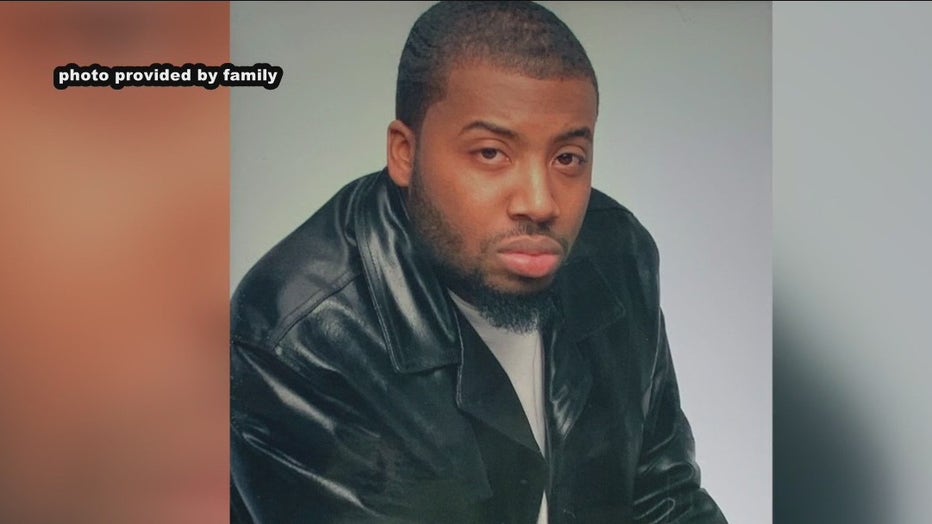 About an hour after the hospital shooting police got a report of a man seen with a gun outside of the School of the Future at 40th and Parkside. Police responded where the gunman exchanged gunfire with four police officers. Two were hit and rushed to Penn Presbyterian where they are expected to survive. A 32-year-old officer who was grazed in the face was treated and released. Another 30-year-old officer was scheduled for surgery Monday afternoon on his elbow.

More than a hundred rounds littered the lawn outside the school. Police say the gunman was wearing full tactical body armor. An AR-15 assault rifle and handgun were found at the scene.

"He was working, making an honest living for his wife and three children and then they have to get a phone call at 2 o’clock in the morning that he’s been shot and killed at work, at work," said William James, who is the father of the victim.

James says he’s never heard the shooter's name before and wonders why his son was targeted so violently.

"I believe in the power of God and that’s what I’m running on now. Right now I ain’t running on nothing but the strength of God that’s all I got right now," said James.

Hayes also remains at Penn Presbyterian Hospital recovering from gunshot wounds to his upper body and neck. So far, he has not been arrested, but FOX 29's Chris O'Connell is told charges will be coming later this week