A 23-year-old Delaware County man has been arrested and charged with murder for the fatal shooting of a man at a Germantown ATM on Thursday.

PHILADELPHIA - Activists are demanding an end to gun violence as a family is in turmoil less than 24 hours after a 69-year-old was shot and killed trying to use an ATM in Germantown.

On Friday, community organizers held a rally calling for more community involvement to prevent violent incidents like the one that happened to James Watson.

His family is now carrying the weight, knowing he's gone and FOX 29's Shawnette Wilson spoke to Watson's daughters and one of his grandsons.

They see he was very involved with their family and was a second dad to his grandchildren.

Watson was known for his peaceful demeanor, according to his family. "He was who he was, but he still was pop-pop," his grandson Kiseem Williams told FOX 29.

The family of 69-year-old James Watson is in turmoil after the father and grandfather was shot and killed at an ATM in Germantown on Thursday. FOX 29's Shawnette Wilson spoke with the family.

Family members say one of Watson's grandsons had taken him to the ATM on Thursday night.

According to police, officers responded to Citizens Bank on the 5700 block of Germantown Avenue just after 8 p.m. for reports of a shooting.

Police say Watson had just taken money from the ATM when he was approached by two men who demanded cash.

Watson was shot at least two times and found dead inside the bank near a "large was of cash," according to authorities.

Now, Watson's family is grieving the loss of a man they say was a strong male presence in their family.

"I'm angry and I just feel like not only the city but as a community we have to do better and want better," Williams said.

The family, who joined community organizers for the peaceful rally, is calling for an end to the violence. "The crime has to stop. It just has to stop," Watson's daughter Gwendolyn Williams said.

Jamal Johnson, the founder of Stop Killing Us, held hosted the rally where Watson was killed.

Other community leaders and elected officials joined, calling for the community to get involved in stopping gun violence. 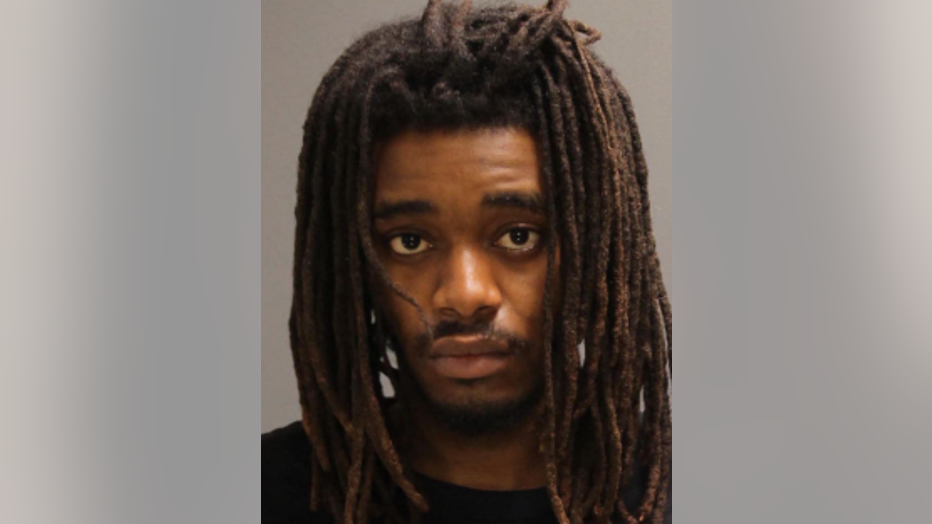 Police say 23-year-old Corey Thompson has been arrested and charged with the fatal shooting of a man at a Germantown ATM.

Police say 23-year-old Corey X. Thompson of Chichester, Pennsylvania, was arrested on Friday evening on the 5700 block of Germantown Avenue.

He faces several charges, including murder and robbery.