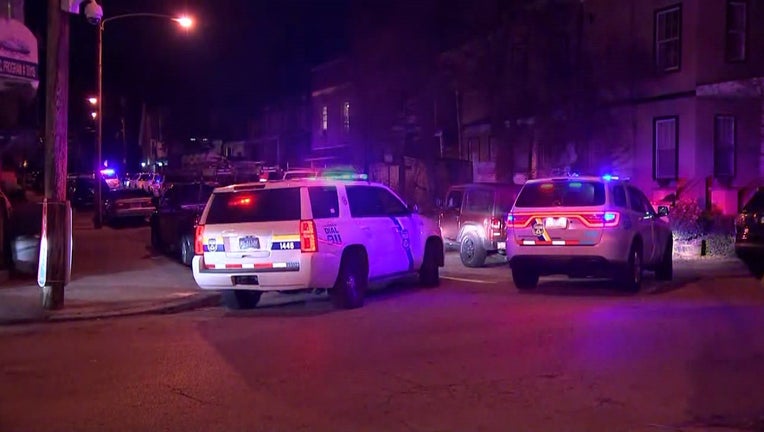 Police investigate after a 17-year-old girl was shot and killed in East Mount Airy.

PHILADELPHIA - Police believe a teenage girl was not the intended target of a shooting that claimed her life Friday night in West Mount Airy.

Philadelphia Police Inspector DF Pace told reporters that the teen and four others were inside a parked car on 6500 block of Ross Street around 8:30 p.m. when another vehicle pulled and opened fire.

The 17-year-old girl who was sitting in the front passenger seat was hit in the head and chest, Pace said. No one else in the car was struck by gunfire.

The unnamed victim was taken to Chestnut Hill Hospital where she died around 9 p.m., according to police.

A surveillance camera positioned at a nearby street corner did not capture the shooting, but Pace believes it may have filmed the shooter's vehicle.