HOUSTON - Images from the NOAA-NASA Suomi NPP satellite compared before-and-after photos of the lights in Houston, Texas during a record-breaking winter storm.

The images show a stark difference between Feb. 7 and Feb. 16, showcasing the widespread blackout leaving millions of Texas residents without power amid a polar vortex. 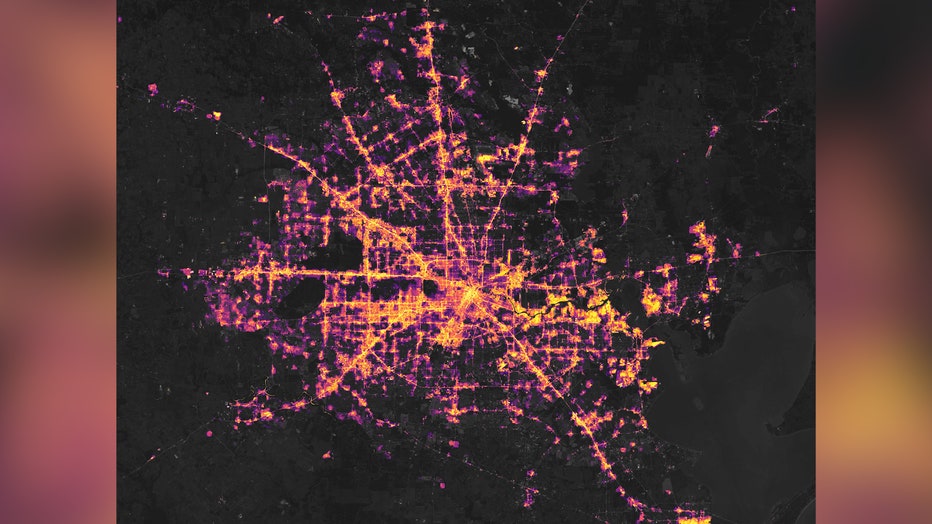 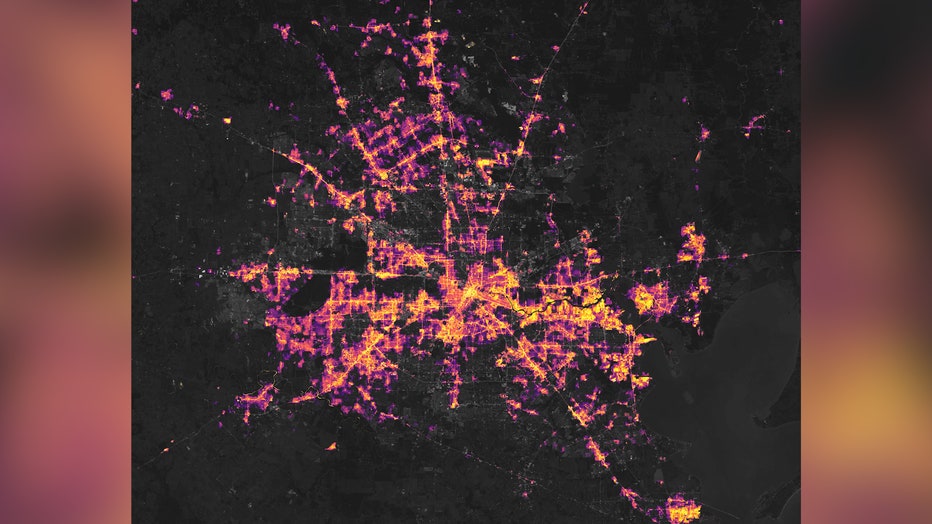 RELATED: CenterPoint Energy says customers need to be prepared to be without power for several more days

Despite the winter storm warning being lifted for most of the Houston area, millions of residents are still trying to survive through rolling blackouts and crippling cold temperatures, not just in Houston, but throughout the state of Texas.

More than two dozen people have died in the extreme weather this week, some while struggling to find warmth inside their homes. In Houston, one family succumbed to carbon monoxide from car exhaust in their garage. Another perished as they used a fireplace to keep warm. 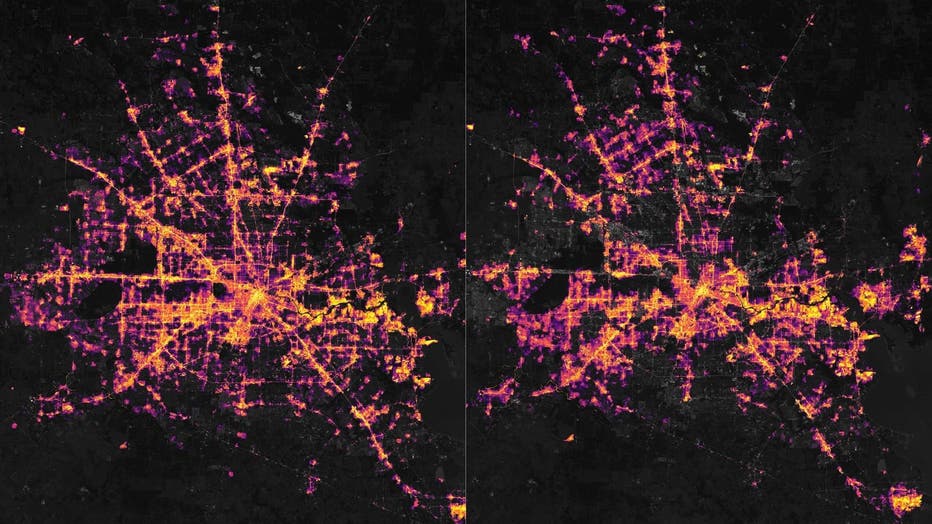 Record-low temperatures were reported in city after city. Scientists say the polar vortex, a weather pattern that usually keeps to the Arctic, is increasingly spilling into lower latitudes and sticking around longer, and global warming caused by humans is partly responsible.

The worst U.S. power outages by far have been in Texas, where officials requested 60 generators from the Federal Emergency Management Agency and planned to prioritize hospitals and nursing homes. The state opened 35 shelters to more than 1,000 occupants, the agency said.

RELATED: Third round of winter weather to impact southeast Texas: What you need to know

Two people are dead, another critically injured, in an Austin, TX house fire. Fire officials gave an update on the early investigation. Officials say there was no electricity at the structure and warned again building fires to stay warm.

Officials did not know when power would be restored, but ERCOT President Bill Magness said he hoped many customers would see at least partial service restored by later Wednesday or Thursday.

The latest storm front was expected to bring more hardship to states that are unaccustomed to such frigid weather — parts of Texas, Arkansas and the Lower Mississippi Valley — before moving into the Northeast on Thursday.

More than 100 million people live in areas covered by some type of winter weather warning, watch or advisory, the weather service said.