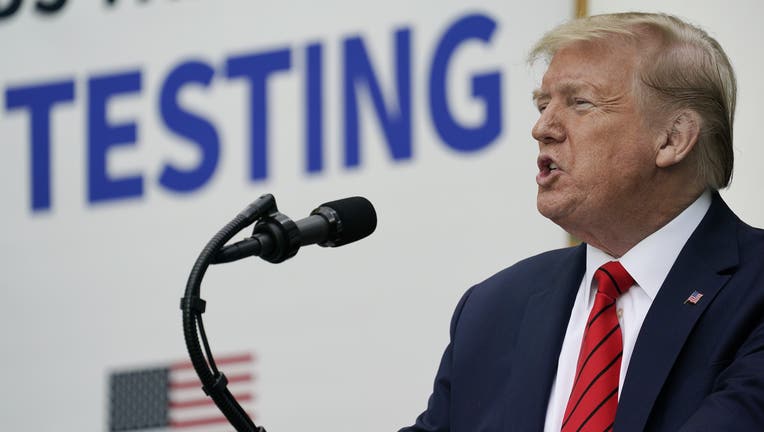 U.S. President Donald Trump speaks during a press briefing about coronavirus testing in the Rose Garden of the White House on May 11, 2020 in Washington, DC. Several White House staff members and aides have recently tested positive for the coronaviru

ALLENTOWN, Pa. -  President Donald Trump will visit the battleground state of Pennsylvania on Thursday to tour a distribution center of medical and surgical products for healthcare facilities, including personal protective equipment in the fight against the coronavirus.

Trump's visit is to a warehouse of Virginia-based Owens and Minor in suburban Allentown. The White House said he will also deliver remarks.

It is Trump's second visit to Pennsylvania this year after appearing a town hall-style event hosted by Fox News at the Scranton Cultural Center in March.

The president’s announcement of the visit came in a tweet Tuesday morning, about 24 hours after another tweet in which he seemed critical of the Keystone State’s plans to reopen.

“The great people of Pennsylvania want their freedom now, and they are fully aware of what that entails. The Democrats are moving slowly, all over the USA, for political purposes. They would wait until November 3rd if it were up to them. Don’t play politics. Be safe, move quickly!” Monday’s tweet read.

On Tuesday morning, the president tweeted, “Looking forward to being in Allentown, Pennsylvania, on Thursday. I love the State, and for very good reason!”

Allentown, located in Lehigh County, is among the areas that saw their stay-at-home order extended until at least June 4 by Pennsylvania Governor Tom Wolf last week.

At the same time, Wolf announced he would allow 24 counties, primarily in the north-central part of the state, to enter the “yellow” reopening phase.

By Friday, Wolf had announced 13 other counties in the western part of the state, including the Pittsburgh metropolitan area, could enter the same yellow phase on Friday, May 15.

The yellow phase allows the reopening of retailers and some other businesses, as well as gatherings of up to 25 people.

Shutdown to lift in 13 western Pennsylvania counties on May 15

Gyms, barber shops, nail salons, casinos, theaters and other such venues are required to remain closed and other restrictions will remain in place, including a ban on youth sports.

Bars and restaurants may offer only delivery or takeout service, although a major trade association is urging Wolf to begin allowing them to add seated dine-in service under the yellow phase. 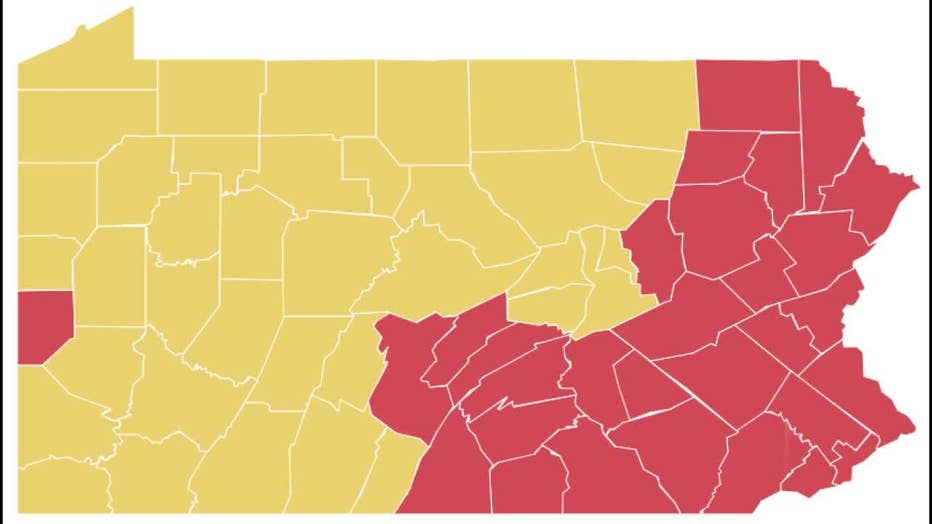 Counties in yellow will all have entered the "Yellow Phase" of reopening by Friday, May 15.

Republicans and some business owners have complained that Wolf is moving too slowly to reopen Pennsylvania’s economy. More than 1.9 million people, including self-employed and gig workers, have filed for unemployment since mid-March.

During a Monday morning press conference, Gov. Wolf attempted to remind the state's residents that their actions to mitigate the spread of COVID-19 have provided positive results.

Wolf's message on Monday also came with a warning to counties and businesses opening in defiance of the pandemic shutdown.

“To those politicians who decide to cave in to this coronavirus, they need to understand the consequences of their cowardly act," said Wolf, threatening to withhold state and federal funding to counties “that put us all at risk by operating illegally.”

With several counties in open rebellion against Wolf’s restrictions on businesses and movement, Insurance Commissioner Jessica Altman warned that companies that ignore the shutdown order could be putting themselves at risk of having their claims denied.