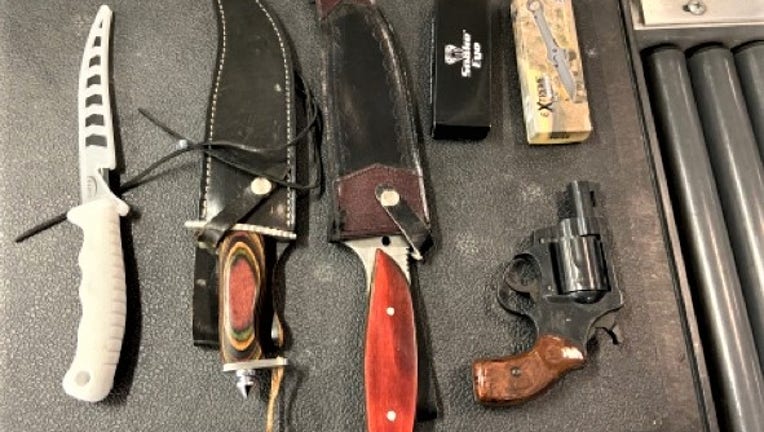 July 30th, TSA officers recovered a revolver and five knives from a Millville, New Jersey man, prior to boarding a flight. The man received a citation by police.

An Eagles Mere, Sullivan County man was arrested on August 2nd, by police, after TSA stopped him with a 9 mm handgun while accompanying his young daughter to her gate. He had been issued a gate pass from his daughter’s airline, but was stopped, due to the firearm.

TSA discovered an unloaded 9 mm handgun a Reading woman was carrying on August 3rd. She was cited by police.

Philadelphia Police are always notified when TSA find guns in the checkpoint X-Ray machines. Police will then confiscate and detain those people carrying the weapons, before either citing them or arresting them.

TSA states civil penalties for bringing a handgun to a checkpoint can escalate into thousands of dollars. These penalties apply to travelers with or without concealed gun carry permits, as permits don’t allow a firearm to be carried onto an airplane.

TSA has strict rules and regulations regarding the proper and appropriate method to transport firearms in checked baggage and those regulations can be found at the TSA website.