WASHINGTON - Federal officials are investigating people who took part in the riot at the U.S. Capitol to determine whether they should be barred from traveling on airlines.

The assessments are one of several steps federal agencies are taking to increase security before President-elect Joe Biden's inauguration next week. The Transportation Security Administration said Friday it will put more air marshals on some flights, and travelers will see a noticeable increase in police officers, bomb-detecting dogs and random screening at all three major airports in the Washington, D.C., area.

TSA Administrator David Pekoske said his agency is "processing hundreds of names with law enforcement agencies for a thorough risk assessment." He said TSA was working "to ensure those who may pose a threat to our aviation sector undergo enhanced screening or are prevented from boarding an aircraft."

Another federal official said the assessments involve people who took part in the Jan. 6 siege at the Capitol, which left five people dead and forced Vice President Mike Pence and members of Congress to leave the Senate and House chambers and seek shelter for several hours.

The assessments could result in rioters being added to the federal no-fly list, the person said. The official spoke on condition of anonymity to discuss details that weren't made public. 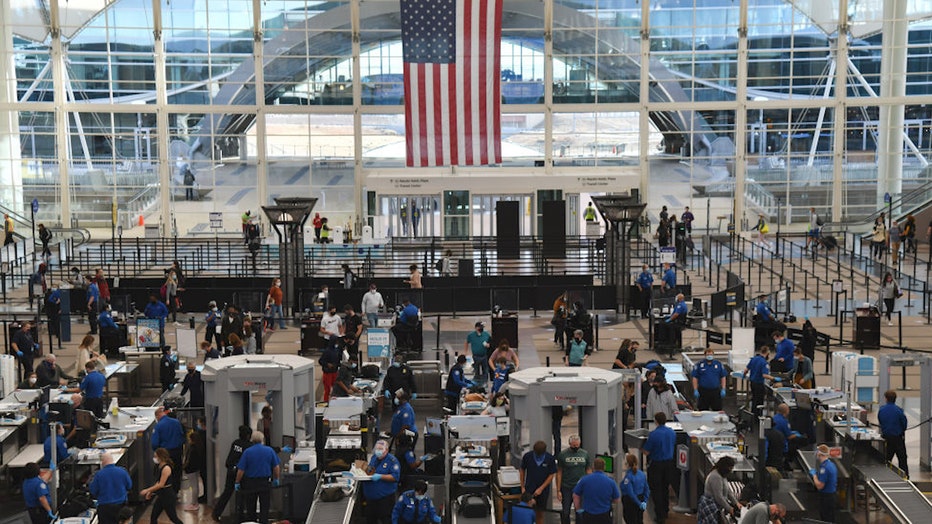 The FBI said earlier this week it was considering adding Capitol rioters to the federal no-fly list but stopped short of saying that individuals were being scrutinized. The TSA vets airline manifests and notifies airlines when a ticketed passenger appears to be ineligible to fly.

Airlines and Washington-area airports also have promised tighter security after last week’s riot at the Capitol by supporters of President Donald Trump. Each of the nation's seven largest airlines say they will temporarily prohibit passengers flying to Washington from putting guns in checked bags.

Earlier this week, the Federal Aviation Administration announced it will take a tougher enforcement stance toward passengers accused of interfering with or assaulting airline crew members or other passengers. That decision followed a number of incidents on planes of people refusing to wear masks, yelling at other passengers, and in a few cases harassing members of Congress at airports.