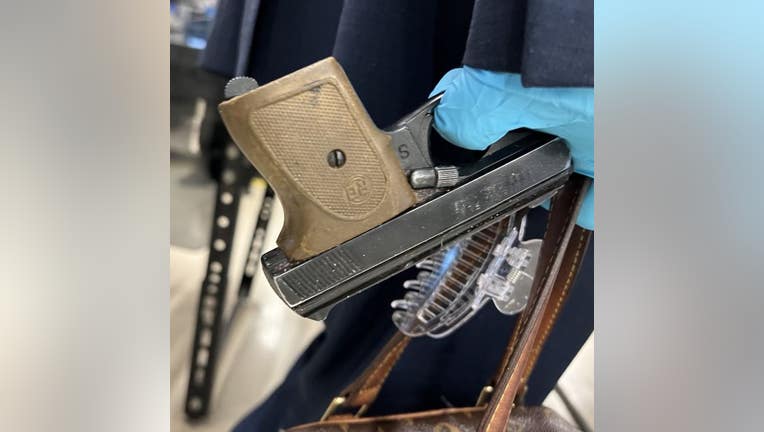 TSA says a loaded gun was recovered from a woman's bag at a security checkpoint at the Philadelphia International Airport on Thursday.

PHILADELPHIA - A Philadelphia woman has been arrested by police after TSA officers discovered a loaded handgun in her bag at a security checkpoint at Philadelphia International Airport on Thursday, TSA says.

According to the agency, the 0.25 caliber gun was loaded with five bullets, including one in the chamber.

When officers first spotted the gun in the X-ray machine at the security checkpoint, police were alerted, according to authorities.

The woman was then detained and the gun was confiscated, TSA says.

Additionally, TSA says the woman will be issued a federal financial civil penalty, which can reach into the thousands depending on aggravating factors.

"Guns and airplanes don’t mix," said Gerardo Spero, TSA’s Federal Security Director for the airport. "If you want to bring your gun on a flight, pack it correctly for transport or leave it home."