Women turn out for free self-defense classes in West Philadelphia

The ladies learn things like the importance of protecting their personal space when in public and how to use their voice when in an uncomfortable or potentially dangerous situation.

WEST PHILADELPHIA - A free course on self-defense is designed to help women and girls protect themselves in West Philadelphia, and instructors say the lessons are more important now than ever.

"I am out in the evening at work and going to church, so I just feel that is a part of my wellness campaign for myself," Lorraine Thomas said.

Thomas is taking a free self-defense course. She says, at her age, it’s for her fitness and wellness, as well as for safety, which she does say she worries about. "Always. Always. Always. And, I’m not a fraidy-cat, or afraid of people or going out, but it’s really dangerous in Philadelphia."

Wednesday evening, she joined several other women for the class taught by Master Lawrence Whitaker. He’s the instructor and owner of Urban Defense Center, which held a series of classes at Holy Apostles and the Mediator Episcopal Church, in West Philadelphia.

Whitaker says he began the free self-defense classes in 1996. "It was a young woman who was murdered named Sabina O’Donnell in 2010 in Northern Liberties when I had a gym over there, of 6th and Brown. I started to have workshops for young women to make sure that they would know how to protect themselves, or at least be aware of their surroundings."

He says the other driving force behind teaching women safety happened years before, in 1998, when he lost a loved one.

"My sister was also murdered by her significant other and I explain to the ladies the most dangerous person you can deal with is somebody you know, because they’re close to you and can get in your personal space and you take it for granted that this person won’t hurt you," Whitaker explained. 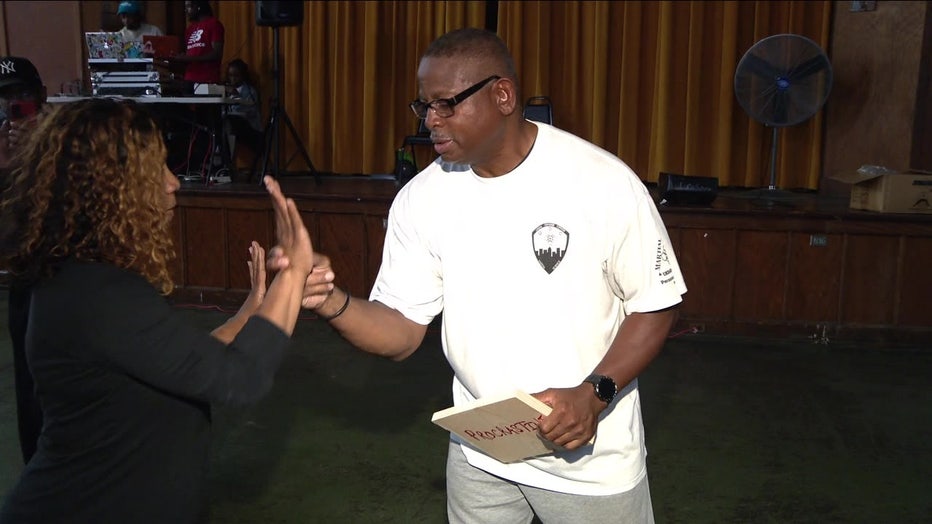 The ladies learned things like the importance of protecting their personal space when in public and how to use their voice when in an uncomfortable or potentially dangerous situation. Whitaker says it’s about more than learning to throw punches.

"You have to be aware of your surroundings at all times," Whitaker commented.

He says it’s more important than ever with the pandemic restrictions loosening and more people out. "With carjackings, sex assaults and abductions, people should know how to protect themselves."