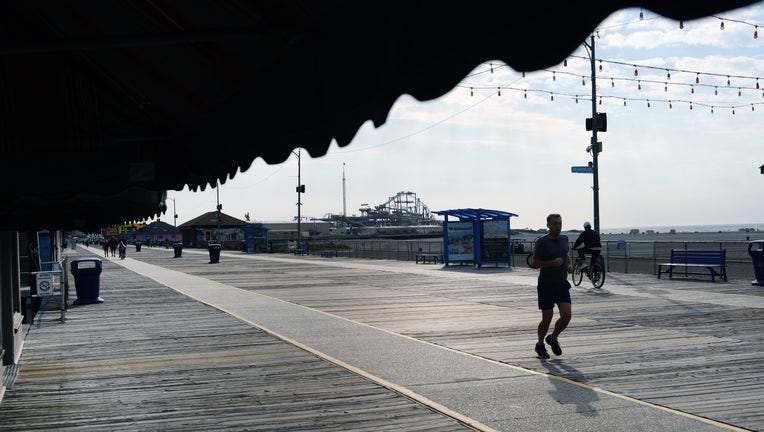 WILDWOOD, NEW JERSEY - Mayor Pete Byron announced on Monday that the city will be reconstructing nearly three blocks of the boardwalk with $3.2 million funding from the USEDA. (Photo by Spencer Platt/Getty Images)

WILDWOOD, N.J. - Wildwood Mayor Pete Byron announced on Monday that the city is receiving over $3 million to reconstruct the boardwalk.

The city was notified last week by US Secretary of Commerce Gina M. Raimondo that the US Economic Development Administration (USEDA) awarded $3.2 million to redo nearly three blocks of the boardwalk.

"This is great news for our City," Byron said. "Despite our maintenance efforts over the past 100 years, much of the boardwalk’s understructure and decking has been ravaged by time and nature, making total reconstruction of the Boardwalk necessary."

The USEDA funding will be matched with $845,000 in local funds and the improvements are expected to start between Pie and Maple Avenues, running to Magnolia Avenue. The construction is also anticipated to create over 100 new jobs and will likely be completed by 2023.

"Without a safe, attractive Boardwalk, tourism in the Wildwoods would be crippled and would devastate local, county and state tourism. So, I am particularly grateful for the financial support of the USEDA, the State of New Jersey and all of our partners in this important and impactful Boardwalk Reconstruction project," said Byron.