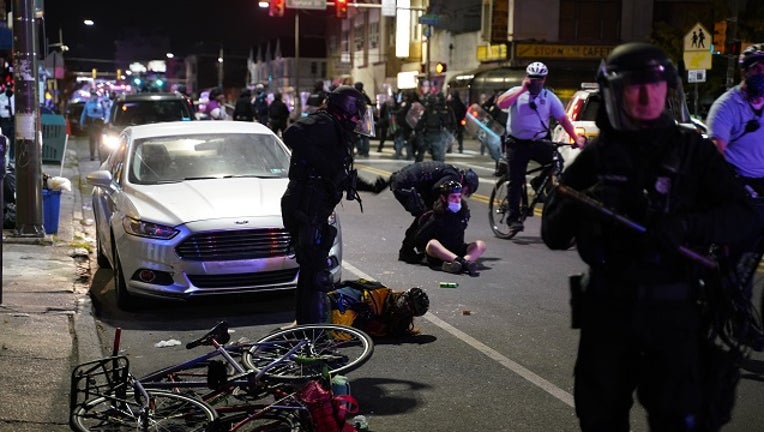 The proclamation of disaster emergency is effective for 90 days unless rescinded or extended by Gov. Wolf.

“Over the last few days, hundreds of people have gathered to peacefully speak out against social injustice, but their voices are being drowned out by others who are taking advantage of this fragile time in their city to sow mayhem and discord,” Gov. Wolf said. “I signed this proclamation so commonwealth resources can be provided quickly to protect lives and property.”

The proclamation authorizes state agencies to use all available resources and personnel,  as necessary, to cope with the magnitude and severity of this emergency situation. The time-consuming bidding and contract procedures, as well as other formalities normally prescribed by law, are waived for the duration of the proclamation, according to a release.

So far, Philadelphia police say 172 people have been arrested and 53 officers during the demonstrations. The Philadelphia Police Department increased presence across the city and several hundred members of the Pennsylvania National Guard are expected to arrive either Friday or Saturday.

Philadelphia has issued a citywide curfew beginning at 9 p.m. Wednesday through 6 a.m. Thursday.