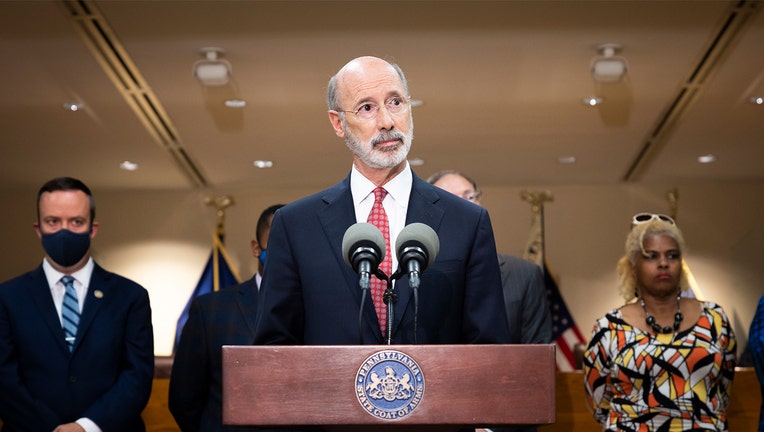 HARRISBURG, Pa. - Pennsylvania’s Democratic governor vetoed a Republican-crafted elections bill Wednesday, a proposal that would have mandated voter identification in all elections and made a host of other changes to election law.

Gov. Tom Wolf said outside his Capitol offices that he considers it a voter suppression measure.

"I think voter suppression is absolutely the wrong thing to do," Wolf said, adding that he would welcome a more narrow bill that would give counties more time to start counting ballots and to provide more money to help them run elections.

The Republican elections bill, developed in large part in response to some GOP voters’ anger over President Donald Trump’s re-election loss, would have changed registration deadlines from 15 days to 30 days prior to an election. Mail-in voters would have had an earlier deadline to request ballots.

Drop boxes for mail-in ballots would have been limited to seven days before an election and monitored by designees of the major political parties.

Wolf also used his line-item veto authority to eliminate funding in separate budget legislation after Republican lawmakers claimed that it had been earmarked to create an election-auditing bureau under the independently elected auditor general.

Wolf had said there was no such agreement to use the money for an election-auditing bureau.

For the People Act: Voting rights bill fails to advance in Senate