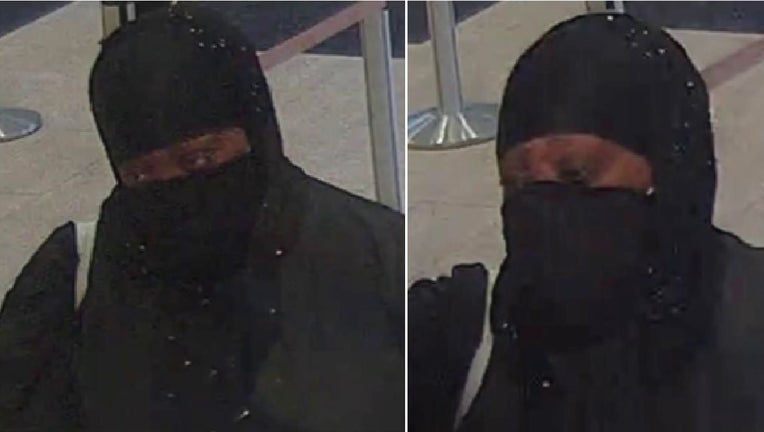 CENTER CITY - Police are searching for a female bank robber who they say made off with $4k from a Center City Wells Fargo after she slipped the teller a threatening note.

According to investigators, the robbery happened around 11 a.m. at the Wells Fargo bank on the 2000 block of Market Street.

The suspect, described by police as a Black woman between 40-50-years-old, gave the teller a threatening note and left the bank with $4k.

No dye pack or tracking device was included in the loot, according to police.

Investigators believe the suspect is approximately 5-foot-7, 170 pounds and was dressed in "female Muslim garb" during the robbery.

Federal investigators from the FBI's Philadelphia division shared surveillance images of the suspect on Saturday and said that a reward is being offered for tips that lead to her capture.