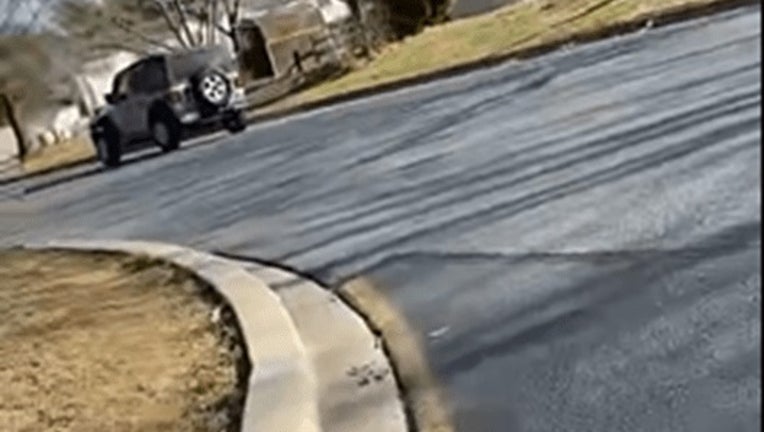 Authorities say the suspect got into a silver Jeep Wrangler with a hardtop, tinted windows and either a Delaware or Maryland temporary license plate.

NEW CASTLE, Del. - Authorities in Delaware are searching for a man who they say tased and assaulted a woman as she was walking to a bus stop last week.

Officers from the New Castle County Division of Police were called to the intersection of Buena Vista Drive and Liborio Lane on Tuesday for reports of an assault.

A 31-year-old woman said she was walking to the bus stop when a man approached her and asked if her name is Alicia, according to police.

When she said no, investigators say the man pushed a taser into her neck and forced her to the ground. He then kicked and punched her several times in the face until bystanders intervened, police said.

The unidentified suspect got into a silver Jeep Wrangler driven by a woman, according to investigators.

The Jeep being sought by police is said to have a hardtop, tinted windows and either a Delaware or Maryland temporary license plate.

Anyone with information on the investigation is asked to contact the New Castle County Division of Police.