Philadelphia road workers on Monday night started a repaving and improvement project along Washington Avenue that could last until the end of the year.

PHILADELPHIA - Philadelphia road workers on Monday night started a repaving and improvement project along Washington Avenue that could last until the end of the year.

The project began around 7 p.m. at the intersection of 4th Street and Washington Avenue, and will continue down to Grays Ferry Avenue, according to the city.

The street resurfacing work is expected to be finished by the end of October, but added line striping and safety improvements will continue through the end of the year.

"By the end of this year, Washington Avenue will be a much smoother street for all road users with many additional traffic safety improvements within the Second District," Deputy Managing Director for Transportation Mike Carroll said.

Officials laid out the four phase plan in an email distributed by the city last week. Most of the roadwork will happen between in the mid-evening hours through the early morning.

Workers will conduct milling operations - or the removal of old asphalt - from 4th Street west down Washington Avenue ending at Grays Ferry. The second phase, according to the city, involves adjustments being made to utility boxes and manholes along Washington Avenue.

From there, workers will complete paving operations and use temporary road paint to "avoid traffic confusion while the work is in progress." The permanent road paint will be drawn during the last phase, where a new "mixed-lane configuration" will stretch from 4th to 11th streets. 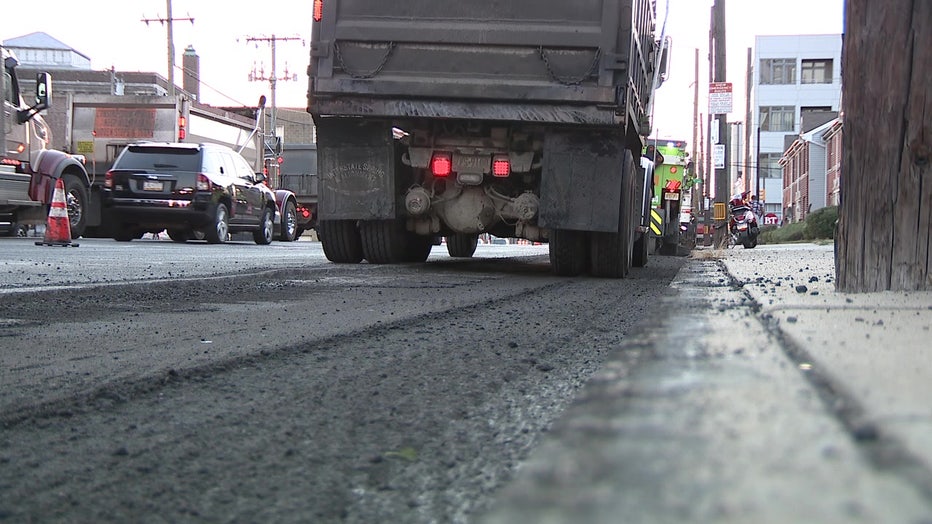 The Streets Department said it will "will make every effort to minimize disruption" to motorists and residents, but overnight road closures are expected during the milling process.

Parking restrictions will also be enacted while overnight work is being done. To avoid being towed, motorists should be aware of temporary "No Parking" signs that will be posted ahead of scheduled road work.

The Streets Department has a helpful interactive tool to help residents and motorists stay updated on the Washington Avenue repaving project.