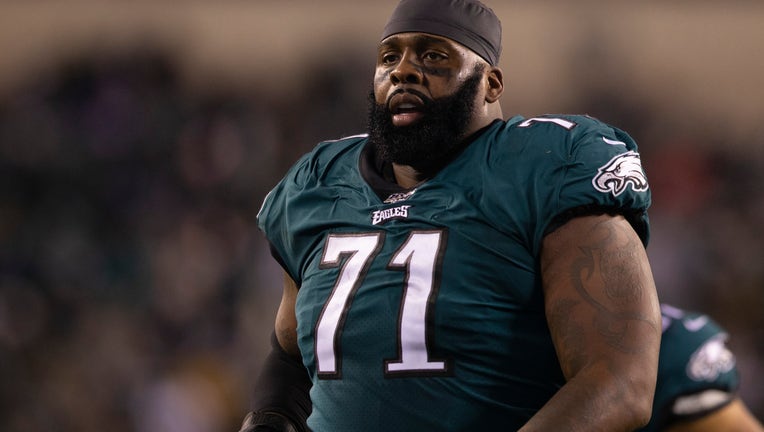 PHILADELPHIA, PA - JANUARY 05: Jason Peters #71 of the Philadelphia Eagles looks on during the NFC Wild Card game against the Seattle Seahawks at Lincoln Financial Field on January 5, 2020 in Philadelphia, Pennsylvania. (Photo by Mitchell Leff/Getty

PHILADELPHIA - The Philadelphia Eagles on Thursday announced that longtime offensive tackle Jason Peters will test the free agent market ahead of the upcoming season.

Peters, 38, has been with the Eagles since the team acquired him in a trade with Buffalo in 2009. In his time with Philadelphia, Peters has ammased 140 games played, which is tied for the 18th most in franchise history. Peters reached seven Pro Bowls with the Eagles.

"We are appreciative of everything Jason has contributed to the organization over the last 11 seasons in Philadelphia, including buidling a first-ballot Hall of Fame career and helping us win our first Super Bowl Championship," the team said in a release.

While Peters will be free to sign with any team on Mar. 18th, the Eagles say they will "remain in communication" with the veteran during the offseason.