Eagles coach Doug Pederson talks about his right guard's battle with anxiety that Brandon Brooks says kept him out of most of Sunday's game.

PHILADELPHIA - Philadelphia Eagles right guard Brandon Brooks has revealed that he left Sunday’s matchup against the Seattle Seahawks early due to anxiety.

In a tweet on Monday, Brooks said he “did his typical morning routine of vomiting but it did not go away like it normally does.”

When Brooks arrived at Lincoln Financial Field, he said he calmed down but felt exhausted. Then the nausea returned.

Brooks said he tried to battle through it during the team’s opening drive, but the nausea and vomiting came back until he left the field.

“I tried everything I could to get back for my teammates but wasn’t able to do it,” Brooks said. “Make no mistake I’m NOT ashamed or embarrassed by this.”

RELATED: How to talk to someone who may be struggling with depression or anxiety 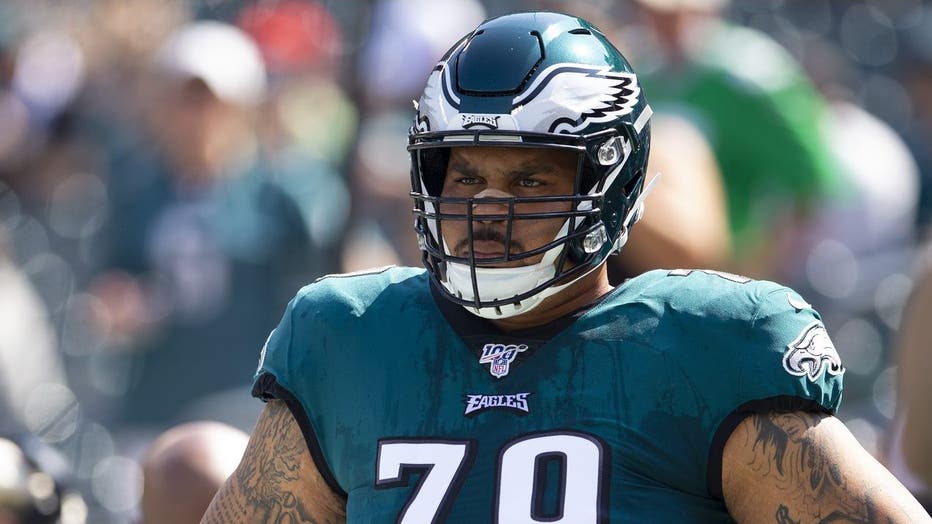 Brooks referred to Sunday’s early exit as a setback after having his anxiety under control for a few years.

“The only thing I’m upset about is that when my team needed me, I wasn’t able to be out there with and for them.”

Many on Twitter offered support for Brooks and thanked him for speaking openly regarding mental health.

Brooks thanked his coaches, teammates and fans for their support.

In 2016, Brooks revealed his anxiety condition after missing games during that season.

"I have an anxiety condition, not nervousness or fear of the game," Brooks said at the time. "I have an obsession with the game. It's an unhealthy obsession right now and I'm working with team doctors to get everything straightened out and getting the help that I need."