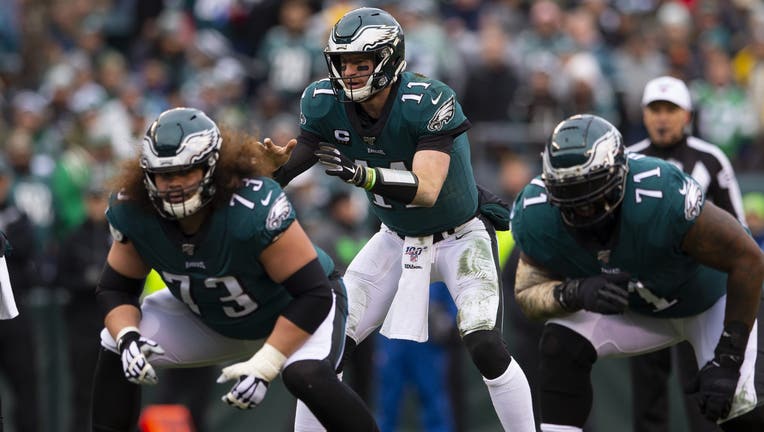 PHILADELPHIA - Eagles' Head Coach Doug Pederson says he is "thrilled to death" by Jason Peters' decision to move back to left tackle after the team originally signed him to play right guard earlier this offseason.

Pederson announced the move during a press conference on Monday after he and Peters met in his office earlier in the morning.

“He knocked, and it was a big man walking through my door,” Pederson joked before admitting he didn't expect the shift.

The team re-signed Peters earlier this offseason to fill the hole at right guard after Brandon Brooks went down with a season-ending injury.

Last week, 2019 first-round pick Andre Dillard, the heir-apparent to Peters' left tackle position, went down with a season-ending injury of his own.

The injury sparked obvious speculation that Peters, likely a future Hall of Famer, would move back to his natural position.

However, reports surfaced that the veteran was looking to restructure his contract in order to move back to the left side of the line.

The team maintained that they had several options at the position and had been playing Matt Pryor and Jordan Mailata at the left tackle spot during practice.

Meanwhile, quarterback Carson Wentz will be a full participant in practice this week ahead of Sunday's season opener.

Wentz missed a few days of practice last week due to what he called "some groin tightness."

Wentz, like Pederson, was excited to have Peters back at left tackle.

“We call him the Body Guard for a reason, he always takes care of me,” Wentz said.