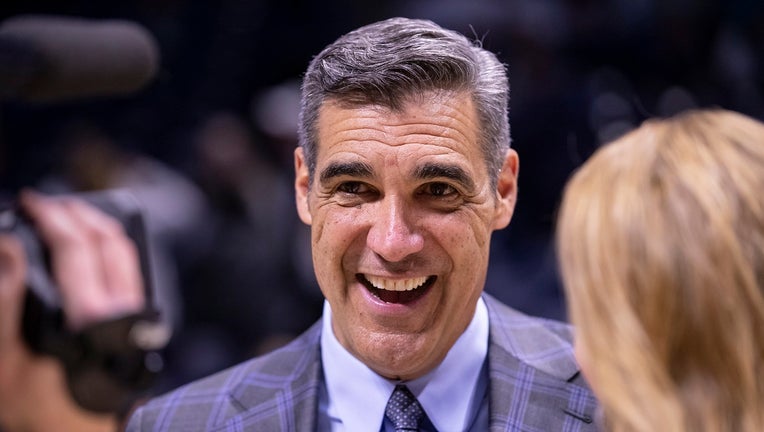 Head coach Jay Wright of the Villanova Wildcats is seen after the game against the Xavier Musketeers at Cintas Center on February 22, 2020 in Cincinnati, Ohio. (Photo by Michael Hickey/Getty Images)

PHILADELPHIA - Villanova Men's Basketball coach Jay Wright has announced he will be staying put amid speculation he may be a candidate for the 76ers head coaching job.

Wright issued a brief statement on social media Wednesday saying he felt it was necessary to "address the speculation about the 76ers head coaching position."

“The 76ers have a great leader in Elton Brand, outstanding young talent and an incredible opportunity for any coach to compete for a championship. As a lifetime 76ers fan, I have confidence they will bring in the right coach to build on what Brett Brown has developed," Wright continued. “I am not a candidate for the job. I am very happy and honored to coach at Villanova.”

Wright, 58, has served as Villanova's head coach since 2001 and has led the team to two national championships since 2015.

Many believe the Bucks County native and his Villanova Wildcats team are primed for another big season as a number of last season's key contributors returned for another season.

The 76ers are searching for a new head coach after parting ways with Brett Brown following a seven-year run, and most recently a first-round sweep in the playoffs.

While a new coach is likely number one on the team's list of priorities, General Manager Elton Brand said last week that he was not looking to move on from the team's star players in Ben Simmons and Joel Embiid.