PHILADELPHIA - The ocean is now rising much faster and in the next 30 years, the ocean will rise about a foot, according to a recently released report from NOAA.

For scale, it took the last 100 years for the ocean to rise a foot.

It turns out the ocean is rising more along New Jersey and Delaware than the rest of the United States for a unique reason: the Earth’s icy past.

Thousands of years ago, ice covered Canada, New England, and even northern PA and northern NJ.

The weight of all that ice pushed down the ground in those regions. Once the ice melted, the ground there started rising back up.  As this happens, nearby spots, like the Mid-Atlantic states, sink.

Our ground is still doing that and adjusting even this long after the ice age.

But this slow process is not causing the rapid ocean rise. Melting glaciers and the quickly warming ocean are causing that acceleration.

As the earth warms up at a faster pace, the ocean is as well. 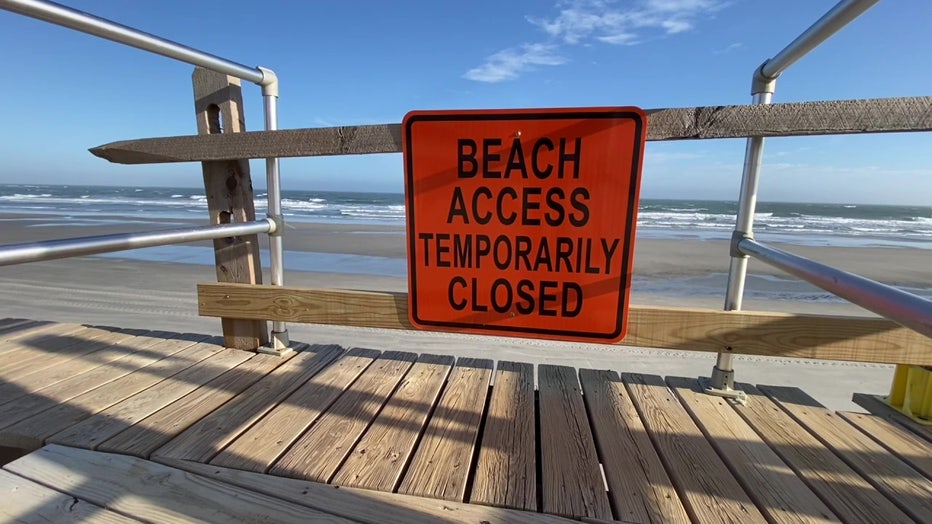 Warm ocean water takes up more space than room temperature water. So, ocean water expands when it warms up. The rise from this expansion causes about a third of the sea level rise.

The rest of the rise is from glaciers melting, particularly from the glaciers covering Antarctica and Greenland.

In those two places, the ice is melting from the top and bottom. Warmer air helps to the top while warmer ocean water speeds up melting from below, especially in Greenland.

Caltech and NASA scientists recently determined that ocean water is melting Greenland as much, if not more, as the warmer air around it.

Understanding how Greenland melts helps scientists calculate future sea level rise with much greater accuracy because Greenland rises the ocean more than anything else according to "OMG" scientists.

OMG is the name for the Oceans Melting Greenland research project at NASA’s Jet Propulsion Laboratory, and we spoke with one of the scientists to learn more about sea level rises.

Oceans cover about 70% of our planet, and in the interview Dr. Josh Willis put the sea level rise into context: "two thirds of our planet is rising".

Watch the full interview above and check out Dr. Willis as "Climate Elvis".  Dr. Willis makes Elvis-influenced songs about the climate to educate young students.