PHILADELPHIA - This Father's Day Weekend was brutal in the City of Philadelphia. On Sunday night, one person died and five others were wounded after someone opened fire at a graduation party in Southwest Philadelphia. Among the victims were four teens.

On "Good Day Philadelphia" Monday morning, we originally were going to discuss enforcing summer curfews with Philadelphia Police Staff Inspector Joseph Bologna. But, given this weekend's violence, we expanded the conversation.

Staff Inspector Joseph Bologna discusses the weekend violence and the enforcement of the curfew.

"This weekend was horrendous. I mean it was tragic," Bologna said. "We have, you know, folks that lost their lives. Their families are suffering. We have our detectives working around the clock to bring some closure. And we're going to keep doing what we do to protect … the citizens of this city, and we'll use every strategy to do this."

The inspector, in his 30th year on the force, said every time his phone was going off they had another shooting.

Asked if curfews work, Bologna said, "Well, it's one part of our strategy. And the way we look at it, it's a prevention strategy. We want the community to call us when they believe that we might have some young folks past the curfew. It gives us an opportunity to just see what's going on, to prevent things from happening."

Police provided us with one of the fliers officers are handing out to stores, in neighborhoods and at community meetings to remind parents about the curfew that is now being enforced.

During the week, for children ages 13 and over, the curfew is 10:30 p.m., and it's midnight on the weekend (Friday and Saturday nights). 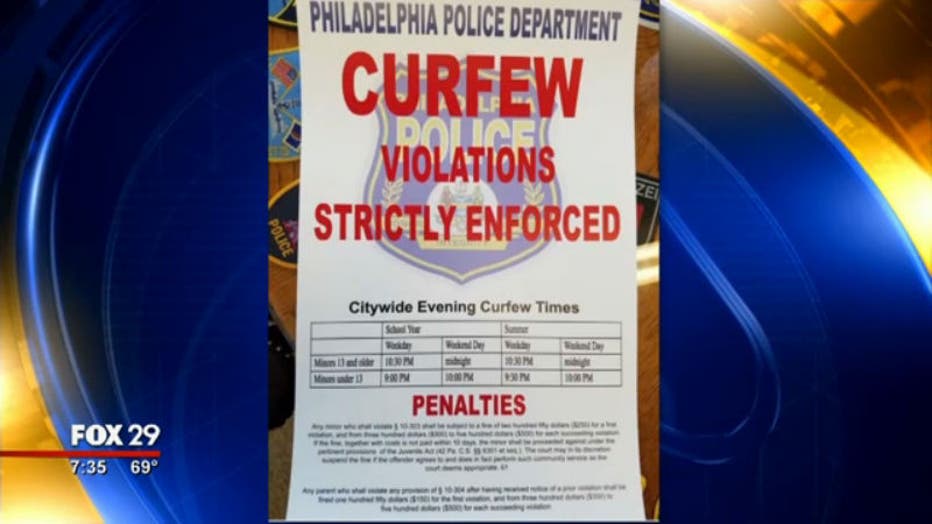 What happens when officers are notified of possible curfew violations? "Well, we'll get a radio call, of course, we'll go there, and we'll investigate. And we'd like to use that for us to interact with these young folks, to make sure they're OK, prevent them from making bad decisions."

There could be a fine or community service involved. Police could fine their parents, Bologna added. And, if the youths are in or around a business, the proprietors could be fined, up to and including their business privilege license being taken.

"Sometimes, one of the most basic things we can do is call the parent: 'Do you know where your child is?' And then we need the community to help us," Bologna said. "We can't be everywhere. We try. Lord knows we try. We are committed to this city. But we need everybody's help."

You can hear more of the conversation with Inspector Bologna in the video above.