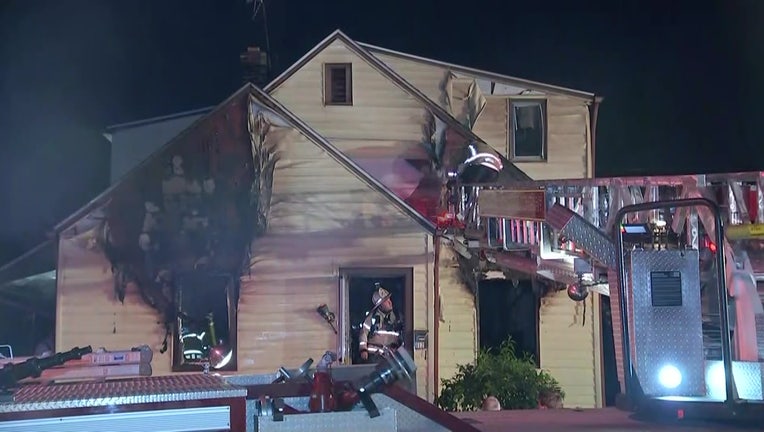 One person is dead and two firefighters are hurt following a house fire in Prospect Park.

PROSPECT PARK, Pa. - One person is dead and two firefighters are hurt following a fire that engulfed a home overnight in Prospect Park, according to officials.

Firefighters were called to a property on Madison Avenue just after 12 a.m. Thursday for reports of a house fire. Officials say the blaze rose to 3-alarms and was contained around 1 a.m.

According to firefighters, one person was found dead in the inferno. Information on the victim has not been released.

Two firefighters were sent to the hospital for treatment for heat exhaustion, according to officials. They're both expected to recover.

Fire officials have not said what started the fatal blaze.