Philadelphia police on Thursday released three new composite sketches of the serial rape and murder suspect known as the Fairmount Park rapist. Police say no new leads have been discovered in the nearly 20-year-old investigation.

PHILADELPHIA - The Philadelphia Police Department on Thursday released new composite images of the serial rape and murder suspect, known as the Fairmount Park rapist, who left the city on edge nearly 20 years ago.

The images were developed using DNA evidence submitted from the incidents that have occurred from 2003-2007, according to police. Using phenotypic analyses and witness account from the three victims, investigators released updated computer renderings of what the suspect may have looked like over the years. 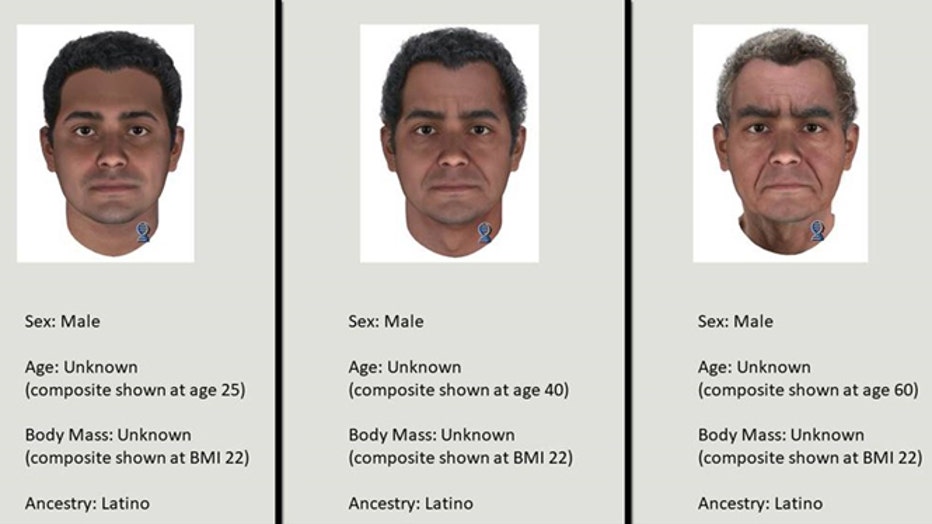 Known locally as the "Fairmount Park rapist," the suspect's crime spree began in April 2003 when police say he raped a 21-year-old woman at knifepoint who was jogging on Kelly and Fountain Green drives.

Two months later, the same suspect is accused of raping and strangling 30-year-old med student Rebecca Park on the west side of the park. Her body was found four days later, according to police.

A 37-year-old woman was attacked at knifepoint while jogging on West River Drive in October of 2003, but police say she managed to escape.

Victims described their attacker to police as a Hispanic man approximately 5-foot-8, with black hair, a thin mustache, or jawline beard and bushy eyebrows. In two cases, police say he was wearing an earring in his left ear and fled on a purple metallic 10-speed bike. DNA taken from the three victims linked them to the same suspect, according to police.

Following a nearly four-year hiatus, police say the same man is believed to have raped a woman near Frankford and Solly Avenues in August of 2007.

Investigators from the Philadelphia Police Department said Thursday that there are no new updates or leads on the search for the Fairmount Park rapist. A global DNA database search turned up no new information, according to the department.

"Although these cases are decades old, the scars left behind from this offender's actions still impact his victims and their families today," Police Commissioner Danielle Outlaw said.

"In addition, many of the investigators who worked these cases are still haunted by the callousness and brutality of these attacks. The Philadelphia Police Department has never forgotten about this offender's actions and the effects of his actions on those around him."