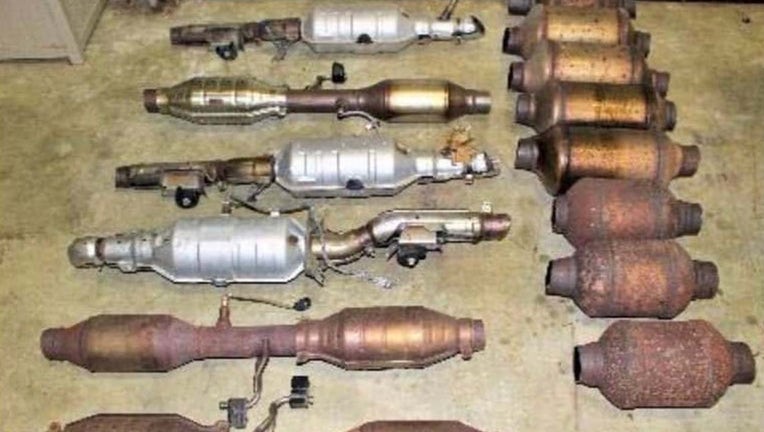 LANGHORNE, Pa. - Authorities in Bucks County say they found more than a dozen stolen catalytic converters inside of vehicle after pulling over a driver for speeding.

Around 1:30 a.m. last Friday morning, Middletown Township police stopped a vehicle they say was doing 88 mph in a 55 mph zone on Route 1 in Langhorne.

Four men were in the vehicle, which was rented about two weeks prior to the stop. Police say the person who rented the vehicle was not among the four inside – who all gave conflicting stories to the officers.

Police say none of the occupants had identification, but they were able to positively identified. One of the men was wanted by the Bucks County Sheriff's Office, and a second had a recent arrest in New Jersey for allegedly stealing catalytic converters.

The vehicle was impounded and authorities obtained a search warrant. During their search 14 catalytic converters were recovered from the trunk.

At least two of the converters appeared to have been taken from brand-new vehicles.

Authorities say the investigation is ongoing and detectives are working with other law enforcement agencies in the area to look into reported thefts during the time the car was rented out.