Bystanders jumped into action to help save a 68-year-old man and a 69-year-old woman who were injured after their house collapsed in Philadelphia's Kensington neighborhood.

KENSINGTON - A man and woman are both expected to be okay after the Kensington home collapsed and bystanders jumped into action to help them late Thursday evening.

The collapse was reported on the 2200 block of North Front Street around 10 p.m.

Police responded to the scene and found the three-story building had ‘completely collapsed.’ The building included a ground-level storefront, and apartments on the second and third floors.

After arriving on the scene, paramedics located a 68-year-old man and a 69-year-old woman at the scene who informed them that they were in the second-floor apartment when the building collapsed.

Both victims were walking and talking when police arrived.

FOX 29 spoke with David Velazquez, a Good Samaritan who was driving in the area when he saw the rubble. 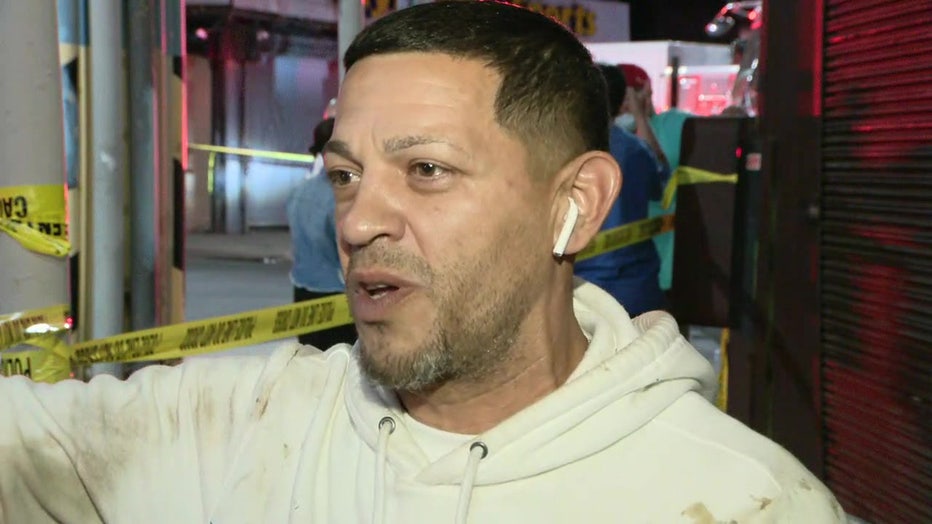 David Velazquez says he was picking up his son nearby when he saw the rubble and jumped into action.

Velazquez says he pulled over and ran to the collapsed building and began calling out to anyone who may have been inside in both English and Spanish.

"The first one that came out was an old man saying ‘I’m back here,’" Velazquez recalled. "My first instinct was to just go in there."

Velasquez says he was able to help get both the man and woman out of the rubble safely, despite the instability of what was left of the structure. 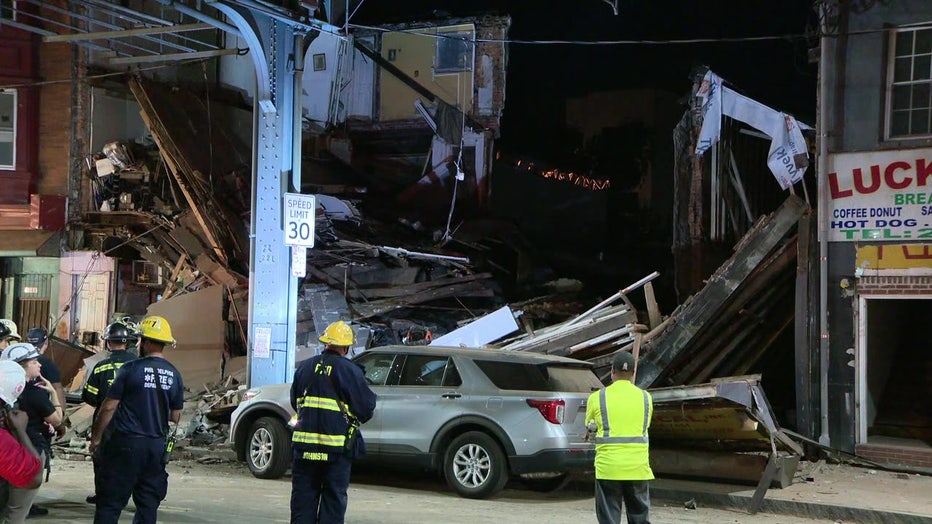 "I tried to move this one beam, and as I moved this one beam, I felt the rubble coming down," Velazquez explained. "I just gave her a kiss on the forehead and said ‘God be with us’ and I pulled her out."

Both victims were taken to Temple University Hospital, but officials say they’re expected to be okay. The cause of the collapse remains under investigation.